The designer is launching flip-flops riffing on her signature prints with the Brazilian brand. 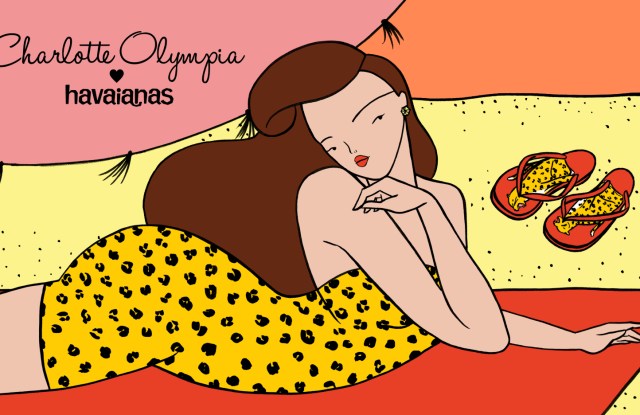 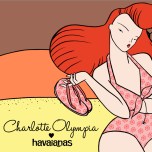 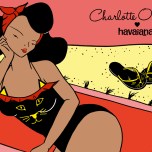 Dellal will launch three flip-flop styles and a beach towel, all riffing on her design signatures, with the Brazilian label during Milan Fashion Week in October, landing at retail in February.

Priced from $55 to $115, Kitty is a slim, black flip-flop in Dellal’s gold-cat motif; Charlotte’s Web is a blush pink design with a web pattern and gold spiderweb details, and Bruce is a red number featuring Dellal’s regal leopard mascot. The towel is woven with images of Fifties-style pin-up girls.

The designs will be carried at The Havaianas store in São Paulo, at Charlotte Olympia’s stores and Web site, as well as select retailers.