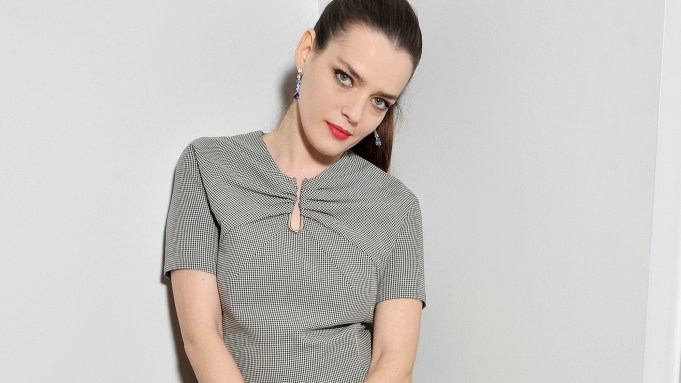 THE TIES THAT BIND: Chaumet is getting sentimental.

For its second show at the exhibition space flanking its flagship store on Place Vendôme, the maker of jewelry and watches is putting the spotlight on relationships, ranging from family ties to friendship and full-blooded passion.

“A Sentimental Education,” which runs until Sept. 24, takes root in the love affair between Napoleon Bonaparte and Joséphine de Beauharnais, which coincided with the birth of the house. Extracts of his impassioned letters to his wife are writ large on the wall across from the entrance of the space.

“It’s a bit saucy – but it is Napoleon,” Chaumet chief executive officer Jean-Marc Mansvelt said with a smile.

The color scheme of the exhibition, designed by Élizabeth Leriche, runs the gamut from blush pink to scarlet. Visitors walk through a red corridor shaped like a lock to a crimson boudoir showcasing wing-shaped creations from the house’s archives.

They include a pair of brooches set with diamonds and blue enamel, originally mounted on a tiara owned by Gertrude Vanderbilt Whitney, the sculptor and socialite who founded the Whitney Museum of American Art in New York.

Many of the pieces have a similarly prestigious lineage. The oldest, dating back to circa 1805, is a delicate pearl necklace commissioned by Empress Joséphine, which features antique medallions made of agate and sardonyx with intaglio engravings of scenes from the Roman Empire evoking fertility and bacchanalia.

Displayed in a glass case are photographs of famous couples who owned Chaumet jewels, ranging from Prince Felix Yusupov and Princess Irina of Russia to Hong Kong actress and singer Angelababy, who matched her Chaumet engagement ring with several pieces from the house’s archives for her wedding last October to actor Huang Xiaoming.

Creative director Claire Dévé-Rakoff has designed a yellow gold ring and cuff, both available in a limited edition of 12, offering a bold interpretation of the house’s signature Liens collection in the shape of a sculptural yet fluid ribbon shape, its edges set off with rows of brilliant-cut diamonds.

To celebrate the opening, Chaumet invited some real-life couples to a cocktail reception on Thursday evening.

Model Audrey Marnay and her beau Virgile Bramly said they often buy jewelry for each other. “We tend to pick vintage pieces,” said Marnay. “It’s whatever catches our eye.”

Bramly extended his hand to show off his engagement ring, a Fifties-era piece featuring a gold lion head set with a diamond. The actor will appear soon in “The Model,” starring Maria Palm as a Danish model struggling to break onto the Paris fashion scene.

“I play the girl’s French booker, so I knew where to look for inspiration,” he said, casting a look at Marnay. “I don’t know if I’ve made him likable or not – we’ll see.”

Roxane Mesquida showed up without her partner, screenwriter and director Frédéric Da – but then, it turns out he’s not really into jewelry.

“He prefers iPads – everything Apple, in fact,” she said. “On Valentine’s Day, we will have been married for five years, so maybe I should get him something – I don’t know. It’s the first time I’ve spoken about it publicly, but it’s been five years now, so I want to say it.”

The “Gossip Girl” star also cast Da in her directing debut, a short film that shows the couple in bed, but she is not sure when it will be ready. In the meantime, Mesquida will be seen in “Malgré la Nuit” (“Despite the Night”) by French independent director Philippe Grandrieux, in which she plays a neurotic singer.

“It’s really my voice, and it’s the most intimidating thing I have done in my entire career. Singing is a little like baring your soul, more so than being naked, because a body is just a body,” she said. “He really threw me into the lion’s den, and I ended up singing in front of a real audience.”