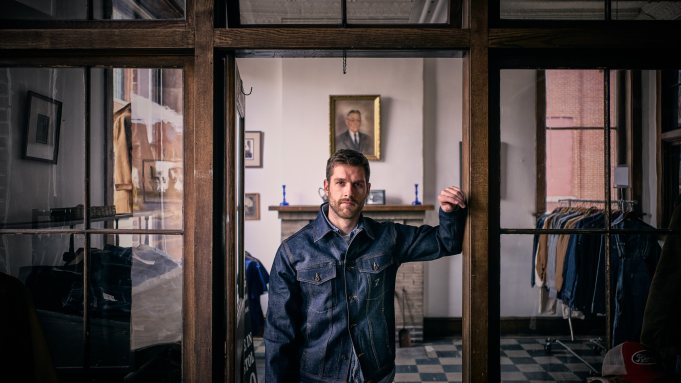 DENIM DOZE: Just in time for Appalachia’s riot of fall color, the Bristol Hotel has bowed a block from the Virginia-Tennessee state line. The 65-room property’s namesake twin cities, where country music was first recorded, have never seen the likes of its Frette linens and rooftop bar ringed by mountains for miles. Being a short stroll from L.C. King Manufacturing Co., the oldest, family-owned, cut and sew factory in the U.S. — it celebrated its 105th anniversary this year — denim also figures prominently in the design.

“Our Fisher stripe was used to upholster the chairs in the hotel restaurant,” said fourth-generation heir Jack King.

The factory produces denim looks for Ghost, Marc Nelson and Save Khaki United, among other collections. But cult denim collectors visit the onsite retail store, which mainly carries men’s wear, for its private label Pointer Brand. But L.C. King will add a capsule collection of women’s wear in April featuring a fitted Western jacket, flared prairie skirt and two styles of stretch jeans, a boyfriend cut and a skinny.

Jeans and aprons in Hickory stripe and indigo denim serve as uniforms for the hotel’s operations engineers and waitstaff at the Vivian’s Table restaurant. Denim napkins, which weren’t ready for October’s grand opening, will soon accompany meals of Vidalia onion-stuffed rainbow trout in brown butter and duck and sausage stew. Groups that book meetings get a grander experience with behind-the-scenes factory tours. The patina quotient can reduce retailers to beggars.

“New Yorkers are always asking to buy our wooden cutting tables to merchandise their stores,” said King, as he demonstrated a triple-needle flat fell seam machine used for the company’s signature stitch, and his oldest machine, a suspender and hammer loop cutter dating to 1918. Groups take home custom denim jackets as souvenirs.

Denim’s huge effect throughout the pastoral region immediately comes into focus during check in. (Prior to Levi’s, L.C. King was Cone Denim Mills’ biggest customer in the early 1900s; today it sources most of its denim from Mount Vernon Mills’ facility in Georgia.) Guests are invited to dig into the lobby’s library of coffee table books on the subject and study scraps from L.C. King encased in a shadow box as well as a large-scale, multimedia artwork that culls key materials from the area’s manufacturing heritage. The original defunct elevator will be repurposed for art installations. “We had to keep it, because everyone has a story about this elevator,” said hotel general manager Kevin Kruse, of the former office building.

A Ritz-Carlton veteran with an eagle eye for details, Kruse doesn’t stop at denim. He developed a house pilsner, Das Bristol Baby, with nearby Studio Brew and turn-down chocolates based on the bronze plaques that run down the center of State Street. The recent transplant is excited about Bristol’s emerging status.

“Amtrak is seriously considering coming back to the beautiful train station, and Lost State Distilling relocated close by,” he said.