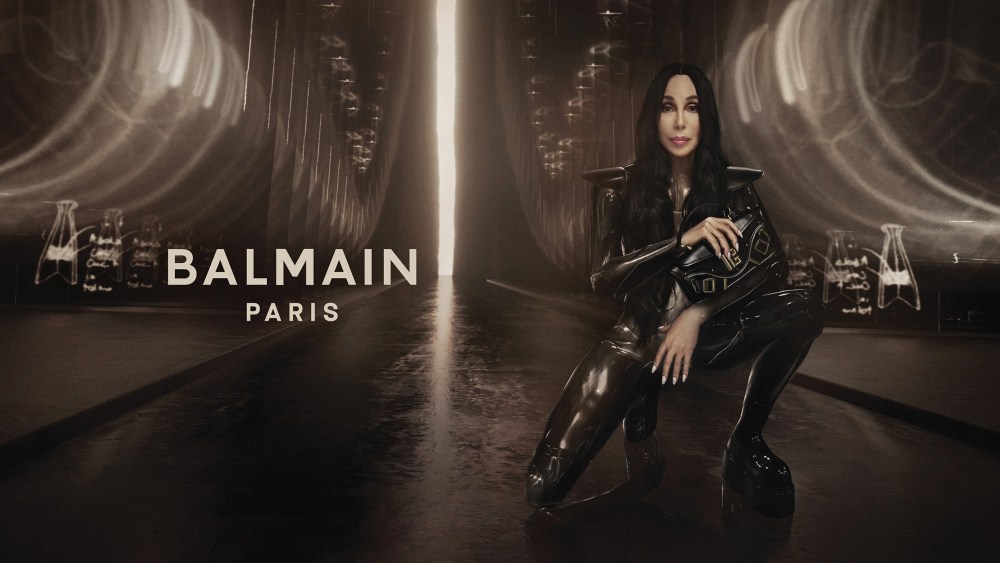 Balmain has partnered with Cher to introduce the brand’s new leather bag that’s inspired by its trail-blazing superpower, The Balmain Blaze.

In a new video for the campaign, Cher is reimagined as a futuristic goddess, perched high atop a throne while wearing the same form-fitting catsuit she had on during Paris Fashion Week in September when she walked Balmain’s spring 2023 runway show. In a voiceover she said, “All of us invent ourselves — some of us just have more imagination than others.”

The new handbag also draws inspiration from the protective armor worn by superheroes. The silhouette features exposed hardware, strong juxtapositions of colors and textures and a modern-Baroque style aesthetic. The design incorporates couture-inspired embellishments and gleaming hardware. Rousteing’s goal was to create an eye-catching accessory.

“More than anything else, I wanted the Blaze to be a bag that was definitely going to be noticed,” Rousteing said in a statement. “As I explained to my team, I imagined these bags as being key components of the boldest entrances. For me, these designs evoke the impressive shields carried by the fearless superheroes of my youth — and I really love the idea of our Balmain Blaze adding an empowering sensation of invincibility as the perfect final touch for every ensemble.”