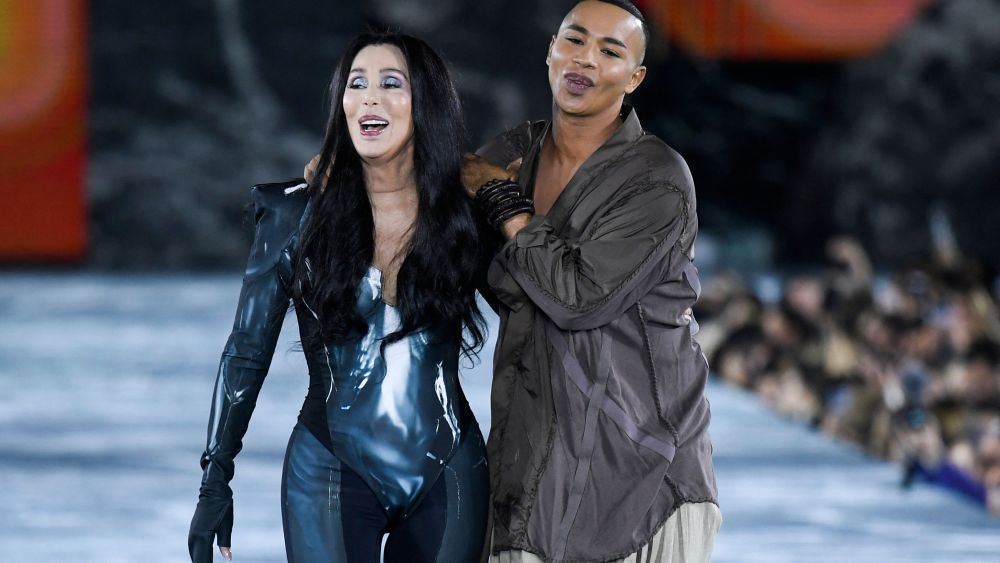 Cher is adding another iconic moment to her lengthy career.

Rousteing spoke about enlisting Cher to close out the festival in a statement, writing in part: “Cher’s history of successes, records, awards, activism and culturally defining moments is way too long to even think of listing here — but I do believe that it can easily be summed up in just one word: trailblazer. Cher has been a daring pioneer, a true trailblazer, for over six decades, never slowing down, always pulling us along with her, as she courageously marches forward. She may have been crowned the ‘Goddess of Pop,’ but she’s definitely shown us that she can rule every possible musical genre — from folk to stadium rock — while somehow managing to move us to tears in her dramatic roles and making us laugh like nobody else can when she opts for comedy. ‘Style icon’ doesn’t come close to describing her achievement of defining more than a half-century’s worth of fashion’s trends. And, in this challenging age that compels us to fight for long-overdue changes, her impressive, long-term commitment to dedicated activism is an example to all.”

Cher also wrote about closing the Balmain show on her Twitter, writing in all capital letters: “Just had best time, / On stage…felt great / Show was probably / Best fashion show / ‘Ever’ models were beauty from another universe / clothes 2 die 4. Olivier 2 die 4 [sic] / Stage was calling me / Cher…oh Cher…come / Home…I hear you.”

The Balmain Festival 03 combined fashion and music, with Rousteing showing ready-to-wear and couture outfits. The event included performances by Shygirl, Ckay and The Blaze.