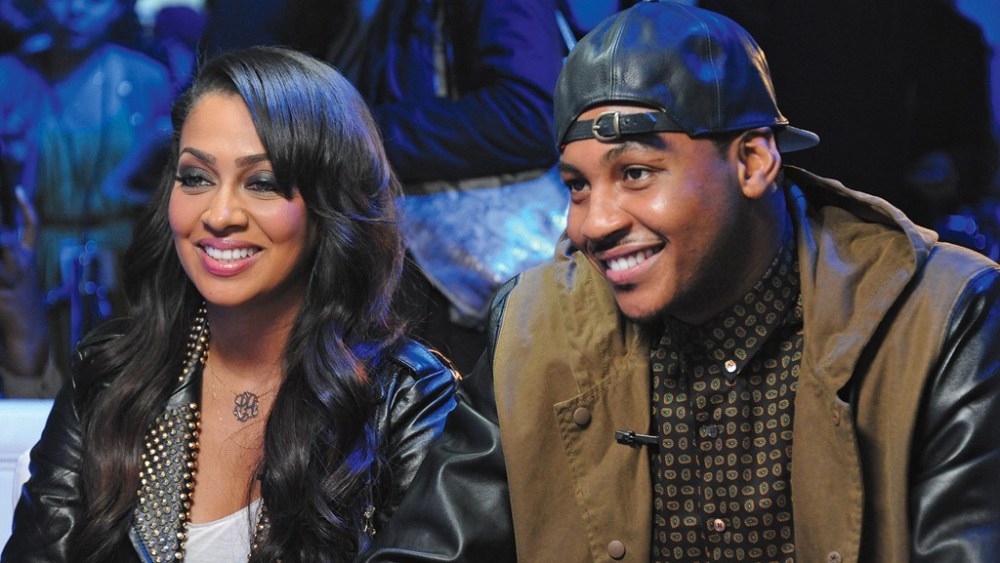 CHILD’S PLAY: An adorable crew of basketball and baseball offspring walked the runway in front of their cheering parents at a grand opening celebration on Friday for Rookie USA, a new 5,500-square-foot children’s athletic apparel and footwear store on Manhattan’s Upper West Side opened by The Haddad Apparel Group Ltd. Sashaying down the catwalk in various states of bravura and shyness were the children of Carmelo and LaLa Anthony, Amar’e Stoudemire and Alexis Welch, and Tyson and Kimberly Chandler.

“My oldest two did a phenomenal job. My youngest was a little nervous but that’s to be expected,” said Stoudemire, a veteran of New York Fashion Week shows. “It’s their first show. It’s awesome.”

Derek Jeter’s nephew Jalen walked in the show, but Jeter himself was absent due to the fifth game of the Yankees’ American League Division series against the Orioles that night. Teammate C.C. Sabathia, who was the starting pitcher in the game, was also a few miles north at Yankee Stadium as his kids worked their Nike, Jordan, Converse and Levi’s looks on the runway.

The Haddad Apparel Group is the children’s apparel licensee for those four brands, among others. The company opened Rookie USA at 808 Columbus Avenue in August, along with locations in Beijing, Shanghai and Melbourne, Australia. “We felt that there was nobody doing an exclusive, premium shopping experience for kids,” said Sam Haddad, a principal at the family-owned company. The store features photo booths, a virtual basketball court, video games and a projected hologram image of Carmelo Anthony that explains the store’s interactive features to shoppers.