China’s New Wave of Designers to Watch in Shanghai 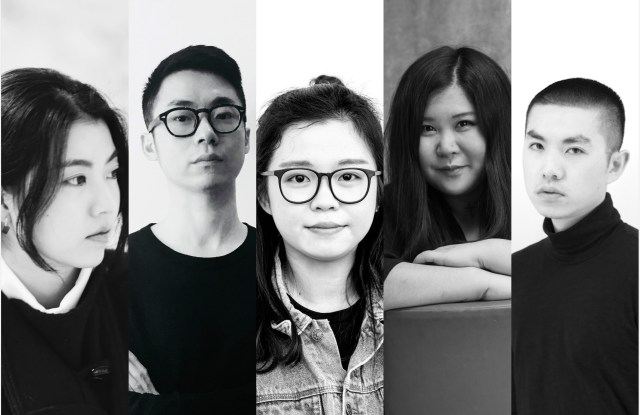 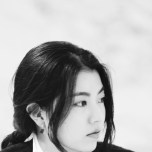 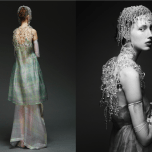 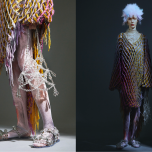 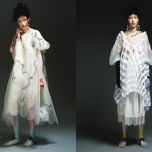 SHANGHAI — China’s consumption power has left an indelible mark on global retail, but could its creative potential rise to that same level of impact? The jury remains out, but many attempts are being made, none more visibly than at Shanghai Fashion Week.

The event returns Wednesday and figures as China’s best place for fashion talents to showcase their collections and do serious business.

“I expect to see new creative directors to come out from this group in the near future,” said Burak Cakmak, the dean of Parsons School of Design. “In recent years, Chinese fashion designers have proven their creativity’s global relevance through the recognition they are getting at international prizes and during global fashion weeks.”

“They truly believe in what they are doing, and are not led by trend, established designers or even the market,” said Angelica Cheung, editor in chief of Vogue China. “For them, design has nothing to do with nationality, gender or age, but to express the vision. I think that’s what makes their works convincing to worldwide audiences.”

Influencer Susanna Lau, better known as Susie Bubble, has been attending Shanghai Fashion Week for the last few seasons. She had a new appreciation for what’s happening there. She said, “It’s interesting that there’s this new wave of young Chinese designers focused on the work of the hand. It’s less about following trend bends and more about a craft-based instinct. And by showing this way with the hand, it perhaps sheds a different light on Chinese designers and their usual association with fast and efficient manufacturing.”

On the eve of the fall-winter 2019 shows, WWD here highlights five designers to watch over the next week:

Recently nominated as a finalist in the 2019 edition of the LVMH Prize, the London-based, Shenzhen-born Susan Fang graduated from Central Saint Martins with a B.A. in women’s wear in 2015. She worked at Celine and Stella McCartney before launching her brand in 2017.

“Susan Fang is about my search for pure beauty,” she said of her brand. “I challenge myself to create new ways of expressing clothing, from innovative textiles, pattern cutting, accessory, makeup design to show music.”

Mang Zhang, fashion features editor at Elle China, is a fan. “Susan Fang is very good with color and print. And her innovative fabric manipulation technique makes her design interesting and fresh,” he said.

Fang’s upbringing has a big impact on her design approach. “Before Central Saint Martins, I never got to stay in one country for more than three years, from and between China, Canada, U.S. and the U.K. Each time, I was forced to adapt to the new environment, or sometimes I really wasn’t able to. Because of this, I grew more and more interested in the psychology of people and explored it in all types of media in fine art.”

“The new collection is my most personal one, called Air-Painting, as my childhood was a mixture of imagination and reality, but because of that it was more beautiful,” she said. Fang further develops her signature air-weave technique into knitwear for fall. For every new technique she creates, the designer has to design an entirely new tool. “We have hundreds of upside-down looped needles on a precisely distanced board to allow the braiding connection of knitwear, for the knitwear this time.”

The brand is stocked at Joyce and Labelhood in China, while Selfridges will carry her spring 2019 collection exclusively in the U.K. from April. Balancing the international and Chinese schedule is a challenge that the designer has been tackling. “I am working 15 hours a day to communicate with different time zones, so that I get to plan ahead and complete our collection and production in advance to meet the earliest fashion week dates.”

Once a finance student in China, Wuhan-born Ming Ma changed his path when he was accepted to Central Saint Martins in 2010. After spending six years in school — including bachelor’s and master’s degrees and gap years — and a further two years working at the Hong Kong-based Tristate Group as a senior designer, Ma launched his brand in 2018. He soon attracted attention from Lane Crawford and Vogue Italia.

The Italian magazine called the designer “a truly extraordinary case” for being capable of “creating an extremely refined, versatile and chic collection, in earthy or, on the opposite, super pure colors with a few printed accents.” While Shuang Tang, editor in chief of Instyle China said she is “very impressed with Ming Ma’s use of color and the combination of functionality and fine tailoring.”

Ma explained that “I would say my brand underscores the ability of a woman to express her femininity in a very modern way, where her femininity and strength are merged beautifully. I aim to evoke the optimistic attitude for women today.”

“Ming Ma for me is a sculptor with fabric,” said Jillian Xin, a fashion retail consultant who works with Labelhood and Lane Crawford. “I love the volume that he employs, yet his designs still have an ease to them that is relaxed and understated. His designs are clean, but never boring.”

Ma is obsessed with photography books, a habit he picked up from the late Louise Wilson, his mentor and course leader at Saint Martins. He particularly loves to collect rare ones — Ma was especially pleased that he recently acquired a copy of “Tokyo Portraits” by Kikai Hiroh and “Paloma al Aire” by Ricardo Cases.

The designer has no plans to bring his collection overseas yet. “We are now focusing on the Chinese fashion schedule as we just showed our first collection last year. There are international showrooms interested with us, we are moving further on the global market in the next few seasons,” he said. “Shanghai is a very dynamic city, there is a group of promising designers here, where you also can attract a lot of global audiences.”

Another nominee for the 2019 edition of the LVMH Prize, Caroline Hu, 30, has been gaining a bit of a cult following after her Parsons master’s degree graduate show.

For Hu, everything she does is deeply rooted in romance — for 10 years, she moved around the world following her partner, before the couple eventually married in 2016 in New York. Born in Shenzhen, Hu studied tourism management in Beijing before shifting to fashion and studying at Saint Martins and Parsons, during which she worked at places like Alexander Wang, Marchesa, Jason Wu and Tory Burch to help pay her tuition.

Hu’s design is deeply influenced by romanticism, craftsmanship, and has an emphasis on intricate detailing. “I use a smocking technique to re-create and experiment with the effects that can be superimposed. Just like in painting, I can adjust each color block and its thickness,” she explained.

Cakmak of Parsons is proud of his former student. “She is one of the few designers who are able to create a new silhouette purely informed by her textile development process, and still is able to show what a couture garment can look like in modern times,” he said.

For the fall-winter 2019 collection, she was inspired by Henri Matisse’s painting “Woman Reading.” While a number of people have used the term fairy-like to describe the collection, the designer said that it wasn’t her intention. “It just happens that this time my theme is about a girl reading a book. Maybe next season, she is still romantic but bolder.”

Showing in both New York and Shanghai can be stressful, but as long as she is loving what she does, Hu is in a good place. “I am someone who is simply passionate about design. One day, if I lose all the passion and ability to tell the story through my design, I might not continue to design anymore.”

Founded by Wanbing Huang in 2018, the London-based At-One-Ment aims to represent “all-in-one” and “unity,” and to combine strong aesthetics, unique silhouettes and innovative fabrics.

Born in Guangzhou, Huang, 28, holds fashion degrees from Central Saint Martins and Bunka Fashion College. Before starting her label, she worked at Celine under Phoebe Philo, and Issey Miyake. “I regard fashion as an essential carrier to show women’s emotions and bring them spiritual resonance and comfort,” she said.

Christian Kwok, creative director of Marie Claire China, thinks that “each piece is designed to be an independent work of art, to manifest invisible emotions, to make it easier for people to feel the complex and diverse inner worlds of women.”

“This season, I was inspired by Louise Bourgeois’ work, so I named the new collection ‘Femme Maison’. Different from Bourgeois’ point of view where women are restricted by the home and doubts about their identities, my interpretation is that the suitcases and houses in the paintings are just foreign objects. After being confused and escaping, women can calmly face everything around them, they build their own house within their hearts,” Huang said.

Running the brand both domestically and overseas and having done shows and presentations in Shanghai Fashion Week and participated in showrooms in London and Paris, Huang is aware of the challenges.

“Sometimes it feels very hard to balance the workload, but I am very grateful that I have a great team in London, Guangzhou and Shanghai. In London, I am working on creativity and design, doing most of the fabric research and brand development. In China, my team and I work on domestic sales, operation and manufacture, as well as the show production in Shanghai.”

It can be hard to share the same name as China’s most famous actress, Gong Li, as 8on8’s designer has found out. But this Li has gotten around at least some of the potential for mistaken identity with his clever use of 8’s in the label name of his men’s wear brand in place of g’s to spell, at least indirectly, Gong.

A 2017 Saint Martins graduate, he was praised by Vogue’s Sarah Mower for its intense levels of professionalism.

“I’d seen his graduate collection and it was already obvious from then that he had a clear vision for their designs. What stood out in 8on8 was how cohesive and strong his first collection was. Not just the clothes themselves but the entire visual world he created for the brands, down to the zips they chose, and typography used in its look book. Each piece had been carefully considered and helped to establish an identity,” Xin said.

The designer explained, “8on8 stands for the mature energy of the young generation, specialized in new waves of classic men’s wear, based on my nostalgic view but comes out with a futuristic outlook.” With the upcoming collection, Li looks into the modern touch of Seventies retro-futuristic images and continues his exploration with modern tailoring silhouette and the contemporary young culture.

“In our collaboration as his stylist, I can strongly feel his passion. He once said to me: ‘There is no need for more clothes in the world if you can’t express long-lasting aesthetics in the design,’” said Jojo Qian, fashion director of T Magazine China.

Having shown in Shanghai for three seasons, 8on8 has built up a reputation in the local market and Li has been chosen by GQ China to take part in the designer showcase at London Fashion Week Men in June.