The Los Angeles brand cohosted a dinner with Sarah Andelman and Instagram’s shopping team to celebrate their Paris pop-up.

A NIGHT IN CHINATOWN: It’s fitting that Los Angeles-based brand Chinatown Market chose to celebrate its presence in Paris with a dinner in Belleville, an area known for its excellent Chinese eateries.

But the Asian connection stopped there: On Wednesday, Michael Cherman and Dan Altmann, the two founders of the label, cohosted a dinner with Sarah Andelman, former creative director of Colette and founder of consulting company Just An Idea, and Instagram’s shopping team at Le Grand Bain, a hip restaurant renowned for its small plates and excellent melted scamorza.

The event, attended by a cool crowd including StockX cofounder Josh Luber, artist André Saraiva, Highsnobiety’s David Fischer and designer Reese Cooper, marked the opening of Chinatown Market’s first pop-up outside of the U.S. on Jan. 19 in the Marais.

“We chose Paris as we show up here each year for fashion week, but in the past we’ve always treated this as a business event and never thought about the consumer,” said Charman, who added that the pop-up will feature exclusive products as well as customization station.

“This year, we wanted to make sure we gave some focus and attention to our fans here in Paris by bringing our customization experience to the streets of Marais,” he continued. “It’s our chance to directly connect with the consumer that usually just gets to watch us through Instagram.” 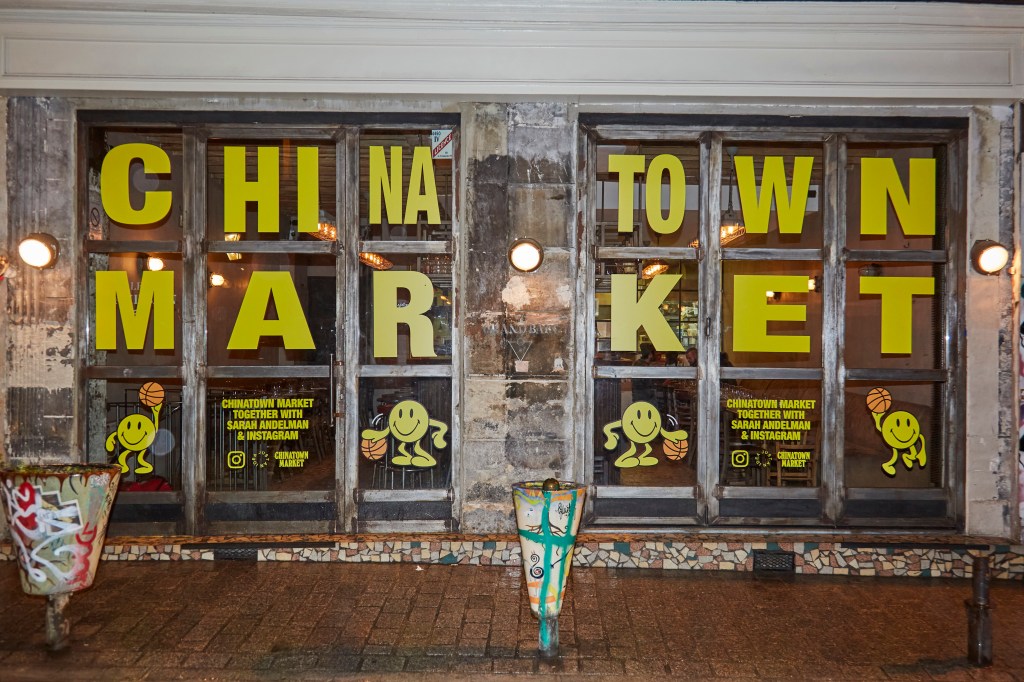 Chinatown Market, which launched in 2016, was named after New York’s bustling Canal Street in Chinatown. It quickly became known for its tongue-in-cheek designs riffing on its signature sunny yellow smiley face and garnered attention from a number of brands, such as Crocs. Next up for the label are more collaborations, including Timberland, The Broad Museum and French brand Lacoste.

“At Instagram we’re really excited about streetwear in general, it’s one of our key focus categories for 2020,” he told the crowd of diners as they tucked into the dishes prepared by chef Edward Delling-Williams. “Streetwear is one of the things we’ve seen uniquely work well on Instagram shopping via our Checkout tool, which was launched in March 2019.

“A lot of things that are unique to streetwear are a great fit with Instagram, be it the incredible community that brands build or the close interactions that result,” he continued. “There is something unique with streetwear where people associate their own identity with the brand and product that they are engaging with. That is something that we don’t really see with other brands. We’re excited to double down on that.”