Chinese Couture Steps Out in Paris

Ten designers from China are showing their couture creations at Les Suites in Paris. 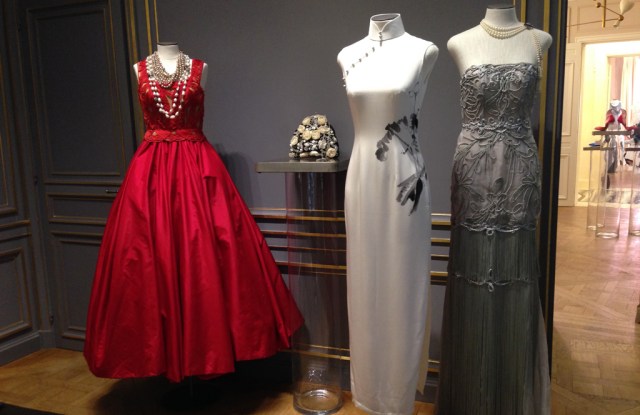 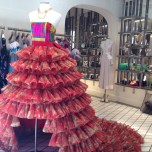 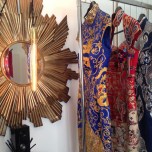 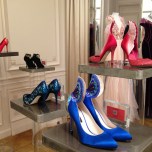 CHINESE CHARM: China’s couture designers are stepping out on the international stage.

Ten of the Middle Kingdom’s couture designers – from established talent with international renown like Grace Chen and Laurence Xu to others virtually unheard of abroad – are showing off their wares in Paris this week.

The “Passion for Creation” initiative, backed by Inlife, a Chinese luxury brand consortium, follows on from the success of the “China in Paris” ready-to-wear showroom in the French capital last September.

After staging a couture showroom on July 3 to 4, the designers’ creations are now on display as part of an exhibition at multibrand store Les Suites on Rue Pierre Charron until July 10.

The exhibition is then set to travel to high-end stores around the world, organizer Nicky Pétard explained at a cocktail celebrating the event on Saturday evening.

“I’d like to get this event to travel to the top international stores to do a trunk show,” said Pétard. “The stores will invite their VIP clients, who can order the designs, which are then made to measure in two to three months.”

Already during the showroom, she said, representatives of Pois in Singapore and Sauvage in Kazakhstan had expressed interest in hosting the exhibition.

Many of the designs on show are elaborate and full of traditional Chinese symbolism, a style Pétard said appeals to buyers because it brings a true difference to the market.

Creations on show include a hand-painted silk and gold-embroidered dress by Ne Tiger, whose chairman and art director Tiger Zhang has been dressing Chinese celebrities and politicians for 30 years.

“Every fashion moves up through Paris,” said Zhang through an interpreter. “We want to learn new things and introduce Chinese culture to the world.”

Other labels showing include MoodBox, whose designer Niki Qin also produces ready-to-wear; Han Art, which was already producing gowns for international movies in the Thirties; Mary Ma, created by former model Ma Yanli, as well as Dan, Huangxu and Skytex.

Also included are shoes from SheMe, created by footwear entrepreneur Linda Liu, who began designing sky-high footwear 28 years ago to compensate for her tiny stature. The brand’s creations are all hand-embroidered and made-to-measure, and sell for up to 5,000 euros, or $5,553.