Chirico said the company has donated $1 million over a five-year period to develop students into ethical and conscientious business leaders.

In a packed house, PVH staffers and executives, including PVH chairman and chief executive officer Manny Chirico and president Stefan Larsson, mixed and mingled with Fordham alums and administrators, including Father Joseph M. McShane, Fordham University president; Donna Rapaccioli, dean of the Gabelli School of Business, and Mario Gabelli, donor of the The Gabelli School of Business.

Chirico said the company has donated $1 million over a five-year period to develop students into ethical and conscientious business leaders.

“I started a discussion with Fordham about a year ago,” Chirico told WWD. “In the whole education process, there’s such a focus on the marketing and technical side of the business. What about the ethics and the whole discussion of how a corporation is run, and what’s the broader purpose besides next quarter’s earnings?” he said.

A range of diverse programming and opportunities are being offered, including a quarterly lecture series, several research programs for both faculty and students and new academic offerings for undergraduate and graduate students.

Chirico said the collaboration was established “to set up a hub where we can bring dialogue together, have symposiums and discussions.”

“At the same time, they’re looking to build a curriculum around corporate responsibility,” he said. The ceo believes companies have a responsibility to employees, the consumers, the communities where one operates and the impact they’re having on the overall environment. “Consumers want to engage with brands that are trying to do good for society overall,” he said. 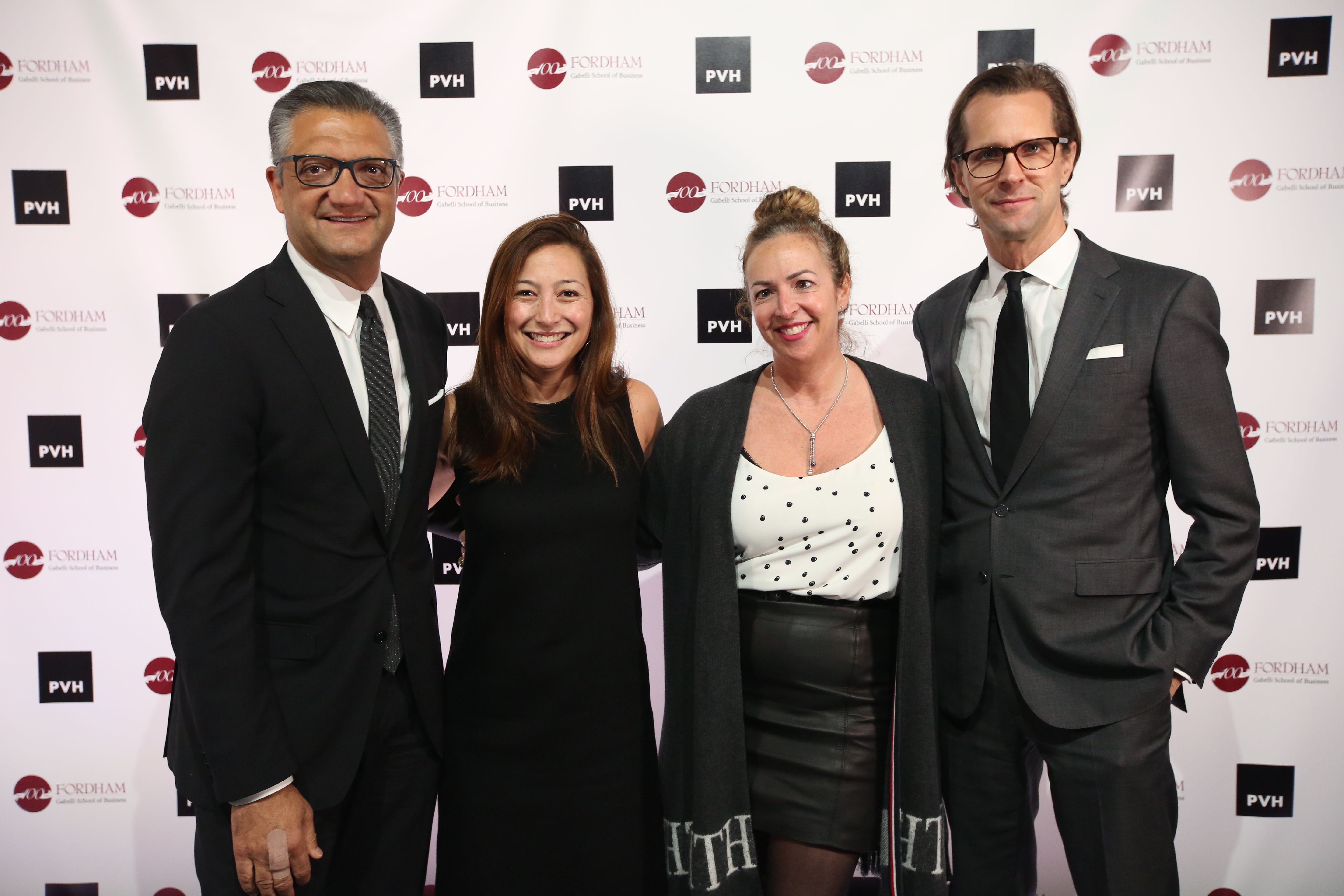 Marissa Pagnani McGowan, senior vice president, corporate responsibility at PVH, described some of the specific programs of the partnership. For example, Gabelli freshmen are enrolled in a class called Ground Floor, which entails creating sustainable business proposals in a class-wide competition called the PVH Corporation Challenge. PVH is funding the top three winners to support their ideas, and PVH’s corporate responsibility team are among the judges. The partnership also includes a grant program that will bring a scholar to Fordham to study and do research to support a sustainable future. It has had an overwhelmingly positive response both within the U.S. and internationally and they are currently winnowing down grant applications.

According to Rapaccioli, the dean, more than 600 Gabelli students recently learned about sustainable supply chains and the circular economy from Akiko Inui, group vice president, raw materials, global supply chain at PVH. In addition, she said they are planning a conference March 5 called “Work 2040. The Future of Work in a Sustainable World,” being cosponsored with Ernst & Young. It will be a discussion among business leaders exploring how “work” will evolve in a sustainable world, including AI and robotics.

Rapaccioli said the PVH/Gabelli partnership aligns an academic institution with a great corporation.

“It’s about business with purpose, business as a force for good,” she said.