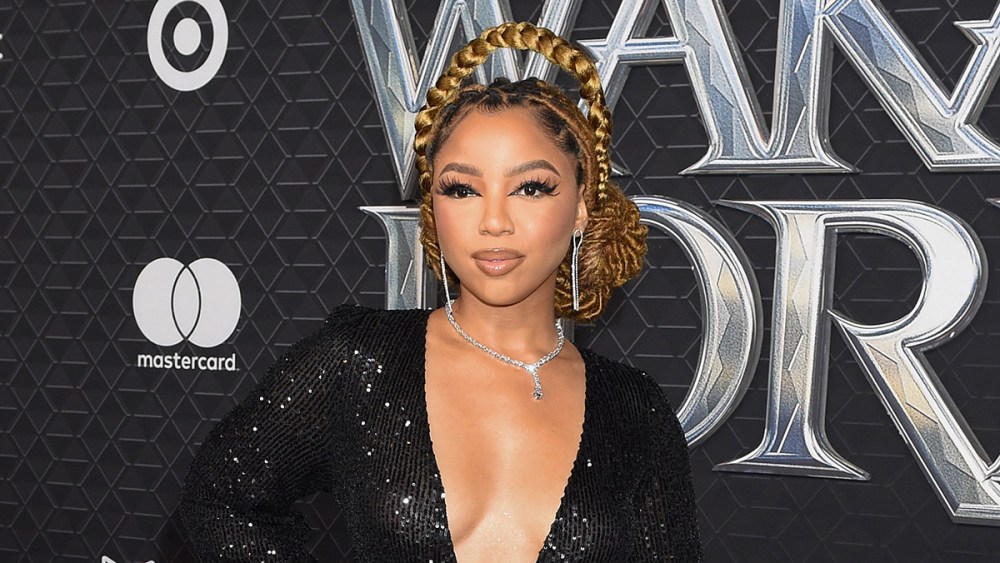 Chloe Bailey arrived at the “Black Panther: Wakanda Forever” premiere on Oct. 26 in Los Angeles, California, in a black sequined gown designed by Shermay Joh. The silhouette included a double slit that went all the way up to her hips and a deep V-neck cut.

She opted for a glam makeup look featuring dramatic black eyeliner and a glossy nude lip. Bailey’s hair was adorned with a braided blond halo hairpiece. The strands were styled into twisted mini buns.

The singer was joined by her sister Halle, who also wore a black gown. They walked the red carpet alongside Tyler Perry, Rihanna, Michael B. Jordan and A$AP Rocky.

Bailey is continuing to make strides in both the music and fashion industry, releasing the music video for her third single, “For the Night” on Friday. Additionally, Bailey is the face of B.DY by Garage’s newest collection and starred in a Saks Fifth Avenue fall campaign.