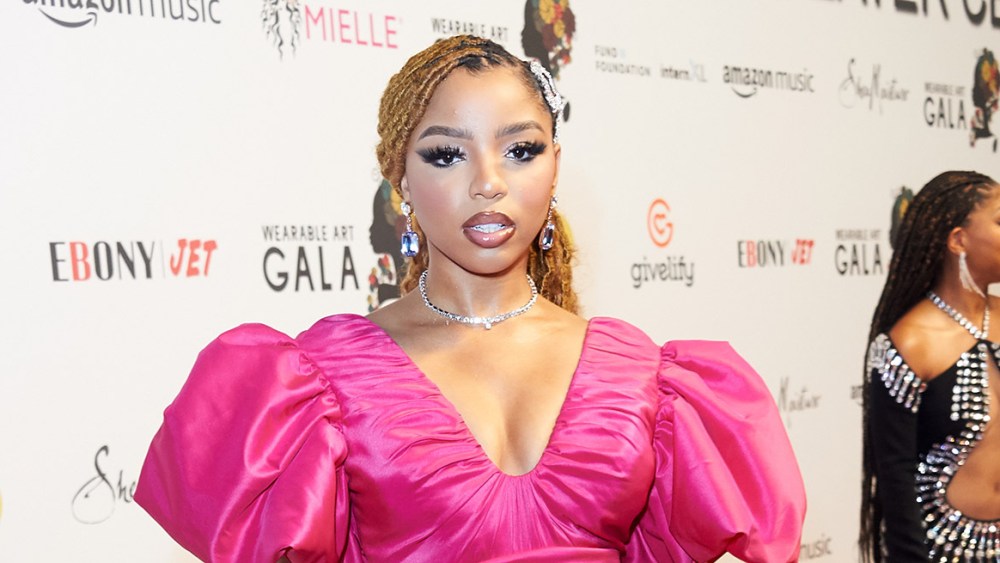 Chloe Bailey wore a voluminous pink gown for the Wearable Art Gala on Sunday at the Barker Hangar in Santa Monica, California. The event celebrated its fifth annual year in style, with this year’s theme honoring the fashion of the 1920s to 1950s.

The Grammy-nominated singer arrived on the red carpet in Aje’s pink “Manifestation” gown from its resort 2023 collection, which featured balloon sleeves, a side slit and a floor-length bubble skirt.

Bailey accessorized with a crystal garter, silver drop earrings and a crystal infinity pin in her hair. She continued the sparkling details with glitter-embellished Mach and Mach pumps with bow detail.

She was accompanied by her sister Halle, who is her partner in their musical act Chloe x Halle. The duo also entertained guests with a performance. Additionally, Keke Palmer, Kelly Rowland, Beyoncé and Jay-Z were also in attendance.

Bailey is making more ventures into the fashion industry, recently becoming the face of B.DY by Garage. The collection, which was released earlier this month, offers affordable everydaywear, including bodysuits and tank tops.