By Joelle Diderich and Miles Socha on October 14, 2016
View Slideshow 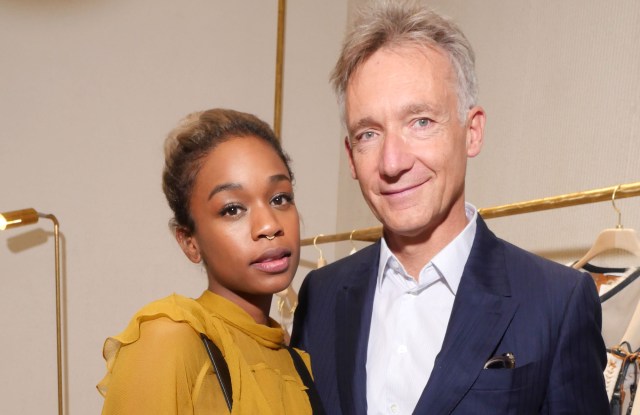 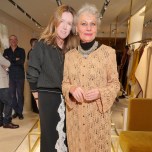 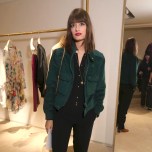 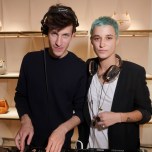 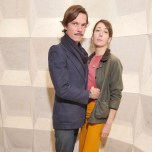 AROUND THE WORLD: Chloé celebrated the opening of its new store on Avenue Montaigne with a photo exhibition about Anne-France Dautheville, who in the Seventies became the first woman to ride across the world solo on a motorcycle.

Images of her travels to countries including Afghanistan and Japan will be displayed at the entrance of the store until Oct. 22, alongside mementos including one of the books she wrote about her adventures, vintage road maps, a passport and a helmet. Inside, a film and slide shows are projected on the walls.

The guest of honor held court on the first floor in a long beige crochet cardigan. Chloé? “Goodness, no! Can you imagine my cats clawing away at a Chloé dress?” Dautheville said with a laugh. And while she always traveled with a dress and heels in her bag, she was surprised by her newfound status as a fashion muse.

“I live in a village, I write about plants now and fashion is absolutely not my universe on any level, so obviously it was a complete surprise. At the same time, I think if life is bringing me this, then there is a meaning behind it,” the 72-year-old said.

“I had the incredible good fortune of getting to know a world that was open, joyful and light, where differences were not indictments, where curiosity was king, and I think Clare, through her approach to fashion, has put her finger on that,” she said, adding that it was a positive message for today’s troubled times.

Waight Keller stumbled on Dautheville’s story while researching her collection, but only met her after the runway show. “Somebody needs to do a movie about her, because I think she’s just the most amazing person. For France as well, I think she could be iconic as a very pioneering, very daring woman,” she said.

The designer said it got her thinking about her own travels.

“I have a place in England I go back to all the time. That’s the place I share with my family, it’s kind of a second home in a way, but then there are places that I love to just explore that are more extreme,” she said, recalling a trip to the Egyptian desert five years ago.

“Now it’s so dangerous, you cannot go there, and things that I saw, I heard have now been destroyed. It’s a changing world and I think the stories of these travels and adventures are so inspiring, because it makes you want to discover these places and go and see them before they’re gone,” Waight Keller remarked.

“Having a really spacious boutique makes a big difference in terms of an experience for the clients,” he said, describing the atmosphere as one “which makes women feel comfortable and at ease.”

Grooved walls and accents of wood are among new elements, adding an organic touch that echoes the “natural beauty” that the brand exalts in its fashions. “We try to be very discreet in our decor. The sophistication is in the details, but there’s nothing overly glossy or showy,” he said. Marble, which has become wildly popular in luxury boutiques, is used sparingly, for example.

In Paris, Chloé also operates a flagship boutique on the Rue Saint-Honoré, and shops-in-shop at Le Bon Marché, Galeries Lafayette and Printemps, plus wholesale to select specialty stores.

He noted that the Montaigne location is more of a destination for international clients, located near a concentration of luxury hotels, while the Rue Saint-Honoré attracts higher traffic and a more diverse clientele, given its mix of eateries and boutiques at a variety of price levels.

To celebrate the opening, Chloé has produced a Drew handbag with a pattern inspired by the rose window of Notre-Dame de Paris cathedral, available in a limited edition of 10.