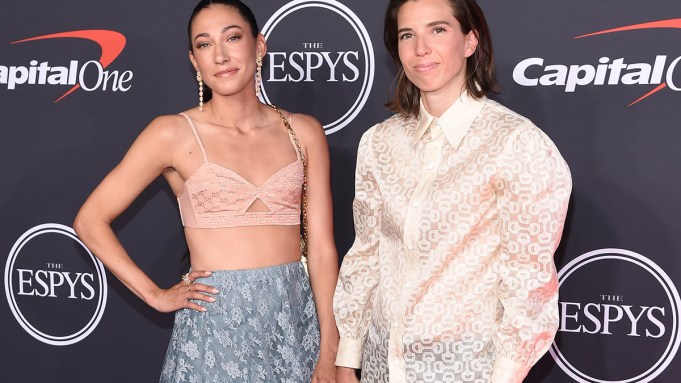 Christen Press and Tobin Heath made quite the stylish entrance at the 2022 ESPY Awards.

The soccer players, teammates on the U.S. women’s national team, posed in Gucci outfits on the red carpet together at the annual awards ceremony on Wednesday in Los Angeles.

Press styled her hair up to show her crystal drop earrings while Heath kept her short brunette hair down and slicked back.

The two arrived and held hands as they posed for pictures. Later in the evening, both Press and Heath posted photos of themselves on their respective Instagram pages.

“At the #espys thank you @gucci,” Press wrote in her caption. “More women’s sports.”

The two have been playing on the women’s national soccer team together for almost a decade, with Heath representing the U.S. since 2008 while Press joined in 2013. The women both helped Team USA win back-to-back gold medals in the FIFA Women’s World Cup in 2015 and 2019.