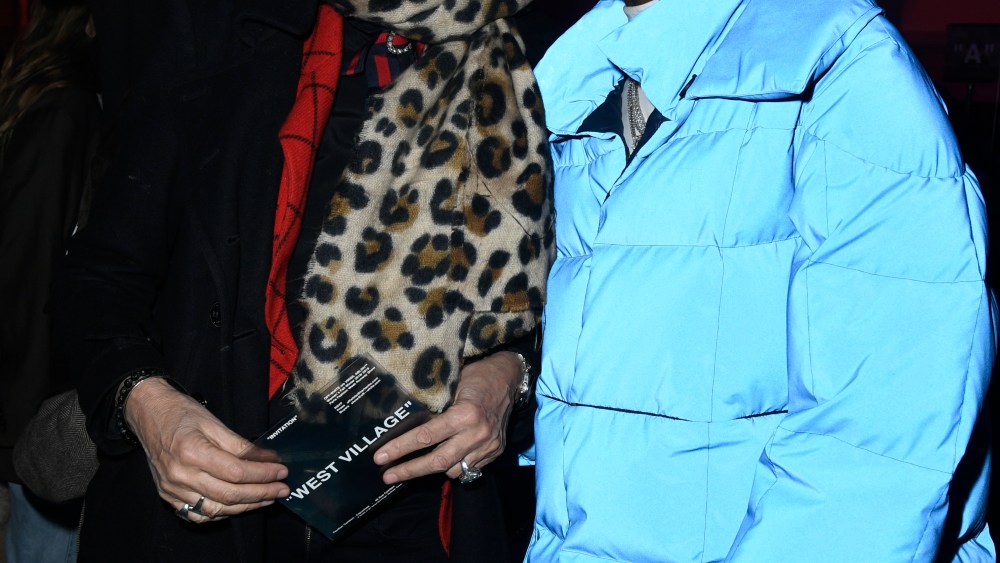 Rodney Dangerfield would have said that he’d gone to a fight and that Off-White’s show had happened, as guests ran the gauntlet of hundreds of on-lookers and fans clustering outside Virgil Abloh’s show on Thursday night, and were left shaking. One reportedly fainted.

“Sit down, sit down now,” shouted one staffer to guests who were still milling around on the runway as the show was about to start. “That’s not a seat, let’s go. Get off the column,” barked another in a branded blouson as more hopefuls parked themselves in awkward spaces, further conveying the impression of a room of unruly children.

Combs could finally cross Paris off his bucket list. The freezing weather with spots of snow didn’t faze the young artist, who works under the name “King Combs.” He will drop a mixtape titled “Nineties Baby” hot on the heels of his “Love You Better” hookup with Chris Brown. “I’m enjoying it right now. I’m from New York, I miss the snow,” he said, checking the cuisine, a visit to the Galeries Lafayette and Rick Owens’ show earlier in the day off his docket for this stay.

For his part, Broadus was putting himself through the paces of a fashion week, after having walked in Tommy Hilfiger’s show in Milan. “I only started this fashion endeavor six months ago,” he said. He too had been at Owens’ show, and drew a parallel of sorts between the two designers. “It’s cool to support other people in the industry that are diverse,” he said.