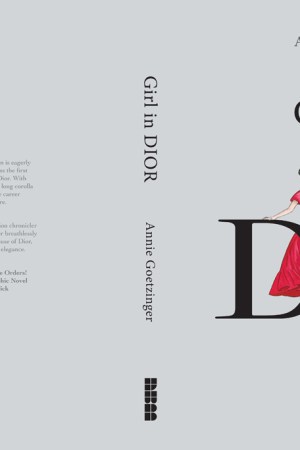 Dior in Living Color: On Monday evening, Christian Dior and the Cultural Services of the French Embassy toasted the English-language release of narrative comic book “Girl in Dior.” The French house hosted a discussion with the title’s author, Annie Goetzinger, led by acclaimed fashion illustrator Bil Donovan. The book, released Stateside on April 1, is part fashion comic strip, part narrative story and takes place in the wake of Dior’s fame-making 1947 “New Look” collection. It tells the tale of a journalist named Clara who is handpicked by Monsieur Dior to serve as his muse and model.

A known cartoonist whose caricatures have been featured in publications such as Le Monde, Goetzinger said she owed her interest in Mssr. Dior to his reputed demeanor. “He was a very creative and serious man, shy, too. He was not having a big life, he had a circle with close friends and separated his public life from his private life,” she noted post-discussion.

Goetzinger’s Stateside appearances this week (she’s giving talks in Boston as well), have extra meaning in the wake of January’s attack on French political satire magazine Charlie Hebdo. To Monday’s largely American audience, her U.S. tour is something of a post-tragedy ambassadorship for the French cartoonist industry. “My comics are not conflictive, very far away from political problems, but at the same time I support all the artists that are working in caricature,” she said. “Most of the artists who were killed were friends of mine, so I was really shocked and more than sad as you can imagine.”

For Goetzinger, while “Girl in Dior” is indeed far removed from politics, it still has a pointed and worthwhile message. “It’s about hope and perseverance,” she noted.