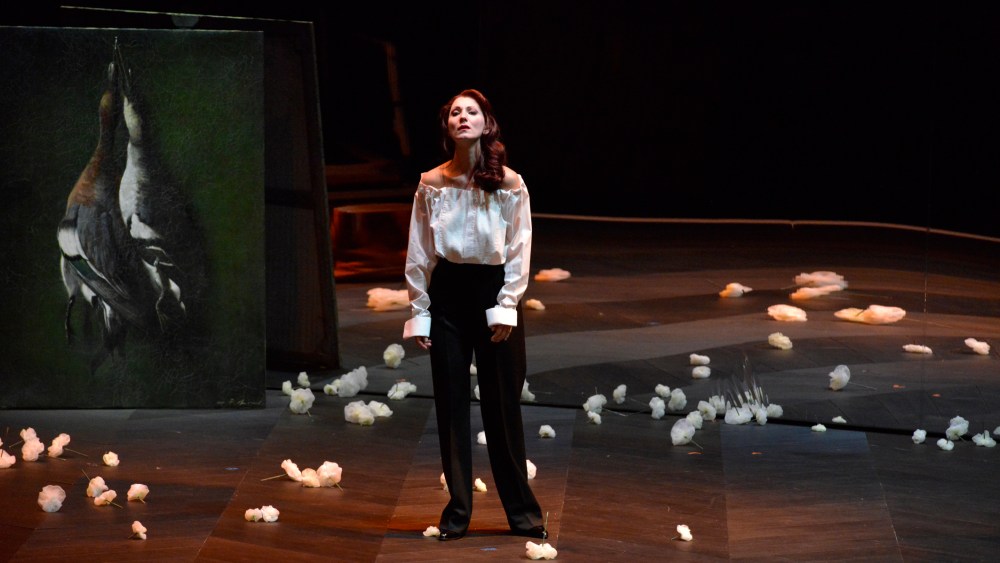 The designer created the costumes for a “Roméo et Juliette,” opening on Saturday at the Comédie-Française in Paris and directed by Éric Ruf.

“It’s a 2oth-century ‘Roméo et Juliette,'”explained the designer. “Men have an allure dating to between 1930 and 1950; while Juliette is more timeless. She wears outfits including a short coat, two dresses with Solstiss lace, a wedding gown, a simple camisole. For a scene in clair-obscur, she’s in a type of shorty.”

The designer noted he used a lot of lace. “Éric Ruf tells me that each time hires me, it’s to design brides and lace[-based costumes],” he said.

“The Comédie-Française’s ateliers are extremely meticulous; everything is handmade; they’re comparable to the ones of an haute couture house,” he marveled.

The busy designer also gave a dash of modernity to “La Traviata,” opening on Dec. 11 at Opéra National du Rhin in Strasbourg, France. To wit: The opera’s main character, Violetta, wears costumes including a men’s shirt and smoking pants and a flesh-toned nightie. “Her outfits are very pure, contrasting with the choir’s baroque, and sometimes kitsch outfits mixing Second Empire style with the Fifties and sometimes the Eighties and Nineties.”

Lacroix also designed costumes for “Otello,” to be performed in Salzburg in March 2016.

“We mixed contemporary pieces — sportswear such as parkas and biker with leather — with historical elements like lamé fabrics mostly coming from Jad, a sponsor of the show,” he noted.