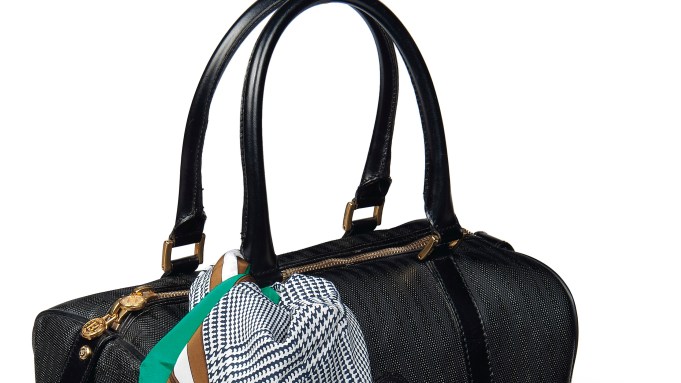 IRON LADY ATTIRE: Margaret Thatcher has certainly secured her place in British – and world – history, but not as a fashion plate.

Nonetheless, some 150 personal items owned by the late former prime minister — including clothes, jewelry and accessories — will go under the hammer at Christie’s headquarters in London on Dec. 15. A further 200 will be auctioned online from Dec. 3 to 16 with estimates ranging from 200 pounds, or $307, to 180,000 pounds, or $276,734. The auction will be open to the public.

The items are a part of Thatcher’s estate, and left to her children and grandchildren. The longest-serving U.K. prime minister and the only woman to have held the office, Thatcher was known for her strict economic policies and mantras of privatization, de-regulation, small government, low taxes and free trade.

Thatcher’s boxy handbags and Aquascutum skirt suits were an integral part of her “Iron Lady” look during her tenure, and she became well-known for her term “handbag economics,” which was all about living within one’s means. During her time in office, much was even made of her bouffant, which appeared to grow in size as she became more powerful.

On Tuesday, the British press made much noise about the fact that her wardrobe has not been snapped up by any august institution, and that the Victoria and Albert Museum, which has a vast textiles and fashion collection, did not jump at the chance to buy even a few key pieces.

A spokeswoman for the V&A downplayed the press comments, and told WWD that no formal offer was ever made to the institution to acquire the collection: “Several years ago, a general discussion took place to explore whether some pieces from the wardrobe of Baroness Thatcher might be added to the V&A’s collection. These conversations did not develop.”

Thatcher, who died in 2013, would have celebrated her 90th birthday this year.