Among the lots are wearable works by Man Ray and Alexander Calder.

By Misty White Sidell on May 6, 2016
View Slideshow 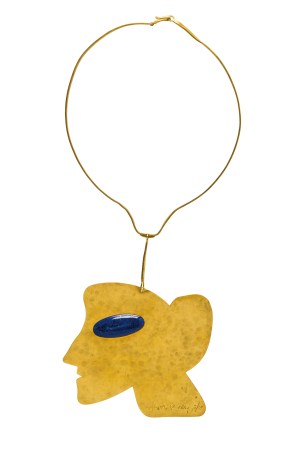 TABLEAU: Christie’s, beginning today, will meld elements of its art and jewelry departments into the first online sale of its kind. Its “Art as Jewelry” auction features wearable works by the likes of Alexander Calder and Man Ray.

The auction house had previously sold artist jewelry in online and live auctions for its postwar contemporary and impressionist departments, but had never before given the category a stand-alone occasion.

The sale is a subset of Christie’s New York’s first-ever “20th Century Season.”