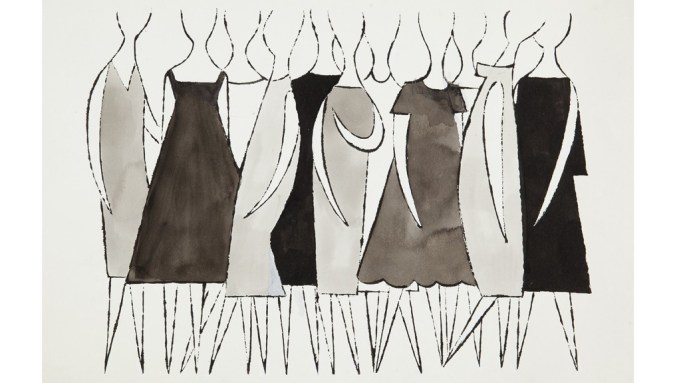 FIFTEEN MORE MINUTES: To tie into New York Fashion Week, Christie’s is launching Andy Warhol@Christie’s: Fashion, a two-week online sale of the artist’s fashion-focused work. An advertising illustrator and commercial artist for Barneys New York, Neiman Marcus and others before he hit the gallery circuit, Warhol spent one college summer creating window displays for Bonwit Teller in 1958. “When you think about it, departments stores are kind of like museums,” the Pop artist once said.

Through Interview, which was created in 1969, Warhol got to know Karl Lagerfeld, Jerry Hall and Bianca Jagger. He was also known to dine with Diana Vreeland, shop with Halston and party with Diane von Furstenberg. From Sept. 11 to 25, the auction house’s Web site will take bids for 120-plus photos, prints and drawings including Polaroids of Giorgio Armani and a print of Yves Saint Laurent. Most of the items have not been seen by the public. In addition, the Tribeca Grand Hotel has a special exhibition featuring 30 items from the sale now on view through Sept. 16.