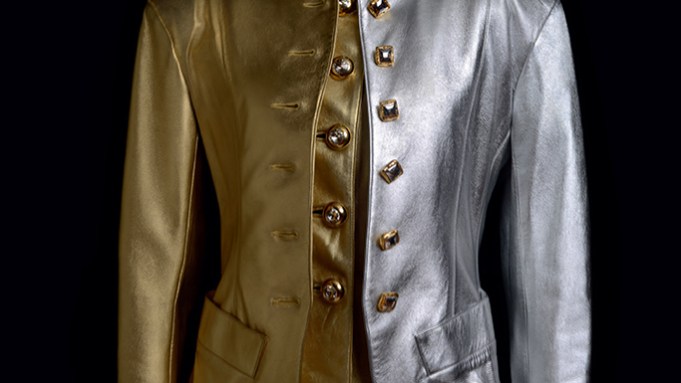 To coincide with the book launch the V&A has mounted a one-off special exhibition of 24 couture items from Suppes’ personal collection for viewing that evening. From a 1989 green tweed Yves Saint Laurent suit worn to accompany Patrick, her husband at the time, who was awarded the National Medal of Science at the White House, to a 2013 Vivienne Westwood red ballgown and beaded waistcoat, Suppes notes while she doesn’t have a particular favorite, the California native has emotional attachments with her tie-dye Rodarte fall 2008 dress and Geoffrey Beene.

“The gold, triple-lace dress was fitted on me by Geoffrey Beene in San Francisco,” Suppes told WWD. “When I met him Alber Elbaz was his first assistant and he was putting the pins into the dress on the floor.”

California-based Suppes has written about and collected couture for over thirty years and has amassed the majority of her pieces during couture fashion weeks. Additional items that she has acquired were purchased from vintage dealers including a Fifties Eisa by Cristóbal Balenciaga. Suppes has enlisted couture enthusiast Cameron Silver of Decades in Los Angeles to find more rare vintage pieces to add to her collection.

Published by Thames and Hudson Ltd., the 289-page hardcover tome is priced at 50 pounds or $80, at current exchange and is available for purchase in all bookstores and on electricfashionthebook.com.