The two brands hosted a pre-Christmas celebration in London. 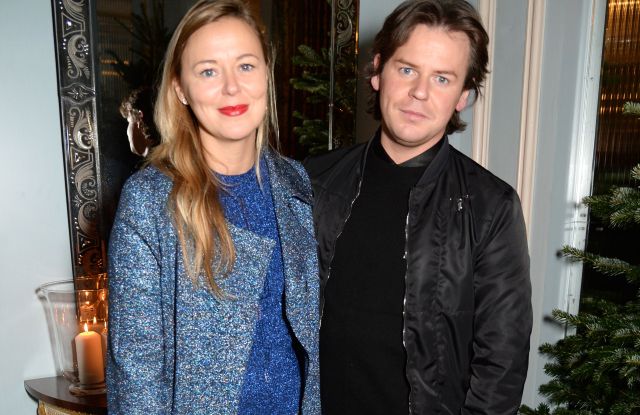 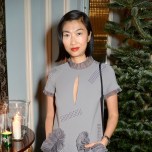 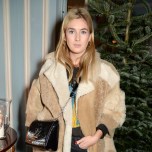 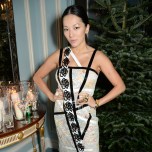 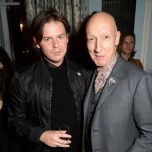 FOREST FOR THE TREES: Christopher Kane and Mytheresa.com were feeling particularly jolly as they hosted a party at The Lanesborough in London, complete with a forest of all-natural, unadorned Christmas trees and traditional Scottish dancing.

“It’s my first time in a kilt — but it’s not the Kane tartan. I didn’t have time to get one,” admitted the Scottish designer, who was clad in black, right down to his knee socks and tone-on-tone kilt.

The designer, who hails from North Lanarkshire, not far from Glasgow, said it felt strange to be in traditional dress: “The waist is high, so it feels a little like you’re wearing armor.”

He didn’t dance — although other guests, led by Laura Carmichael — did, skipping, whirling and changing partners as the traditional Scottish dance band, Licence to Ceilidh, played.

Neither Kane nor his sister Tammy danced — although they both know the routines. “You learn it in school — for the discos,” said Kane, who’s opting to spending his holiday in the New World.

He’s headed to Las Vegas to hear Elton John perform, and then for a visit to Death Valley — where he’s bringing snake-proof trousers — and the less stressful Palm Springs.

Jones, meanwhile, is headed to Japan, back to England and then straight off to Paris ahead of the couture shows. “It’s Maria Grazia’s first couture collection,” said Jones who’s doing the hats.

It’s been a seemingly endless stream of celebrations in London, with Kane, Roksanda, Simone Rocha, Nicholas Kirkwood, Paul Smith and Smythson hosting in-store cocktails to usher in the holidays while on Wednesday night Stella McCartney is due to flip on the Christmas lights at her store on Bruton Street, with a surprise performance.