Christopher Kane, Paul Smith, Matchesfashion Get a Jump on Christmas

There’s no such thing as Thanksgiving, so Christmas always starts early in London.

LONDON — The weather outside is frightful, with dark skies and plummeting temperatures, while hyper-organized Brits have already begun soaking dried fruit for their Christmas cakes, so why not start celebrating the holidays early?

That’s just what Christopher Kane and Paul Smith did, holding back-to-back parties on Thursday — and on opposite ends of town — to get everyone into the holiday mind-set.

“I love a traditional Christmas tree — I always have,” said Kane, who decked the halls of Hoi Polloi at the Ace Hotel with slogans from his More Joy collection, originally inspired by “The Joy of Sex” series of books.

The baubles on Kane’s Christmas tree at the Ace Hotel’s restaurant in Shoreditch read “Sex,” “Special” and “More Joy,” and while not necessarily traditional, they certainly were original. They also played to Kane’s fascination with the natural world, science and human bonding. 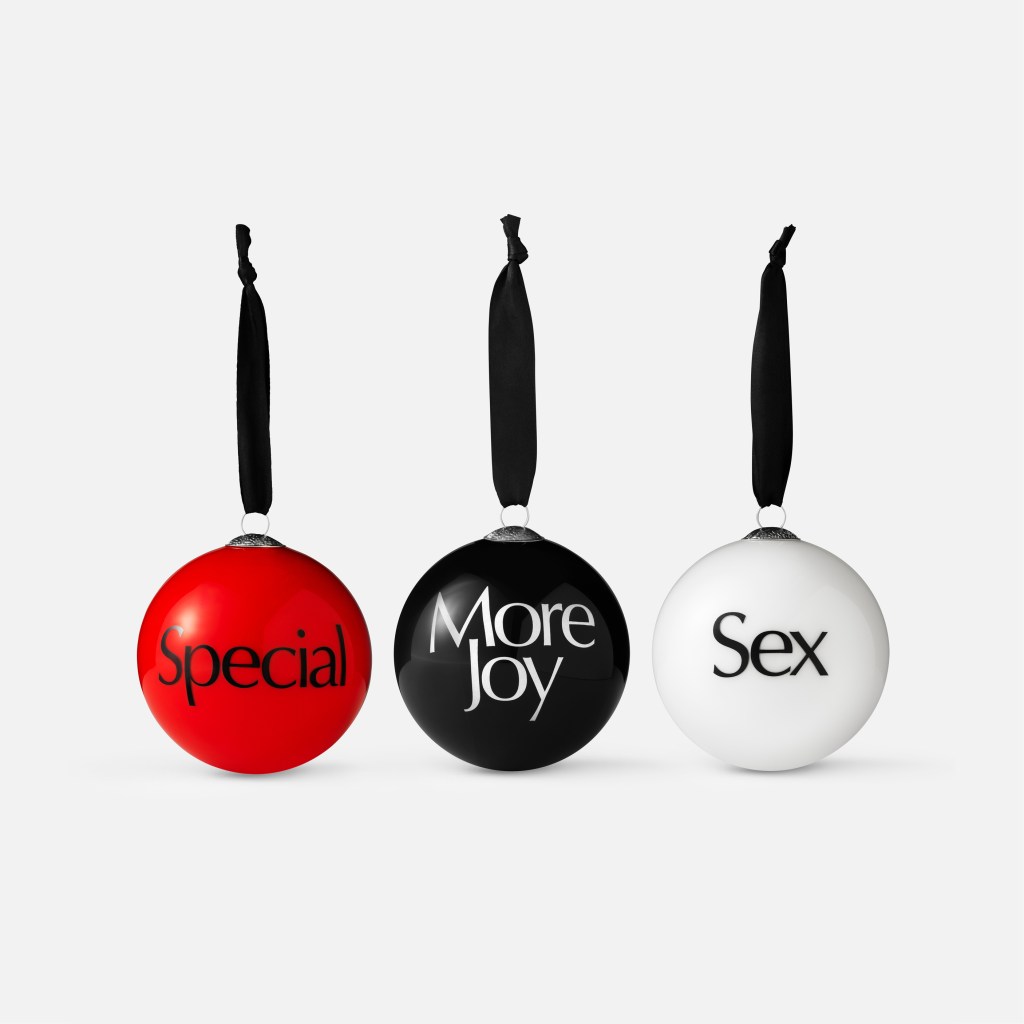 Across town, at the Matchesfashion town house on Carlos Place in Mayfair, fellow British designer Sir Paul Smith was warming up the crowds with even more Champagne, bacon-wrapped sausages and tiny cheese toasties.

He wrangled his favorite stationers and fancy paper suppliers, Choosing Keeping, to wrap gifts on site, booked the illustrator Clym Evernden to do live drawings of guests and invited some old friends, including Led Zeppelin’s Jimmy Page, to the celebration. 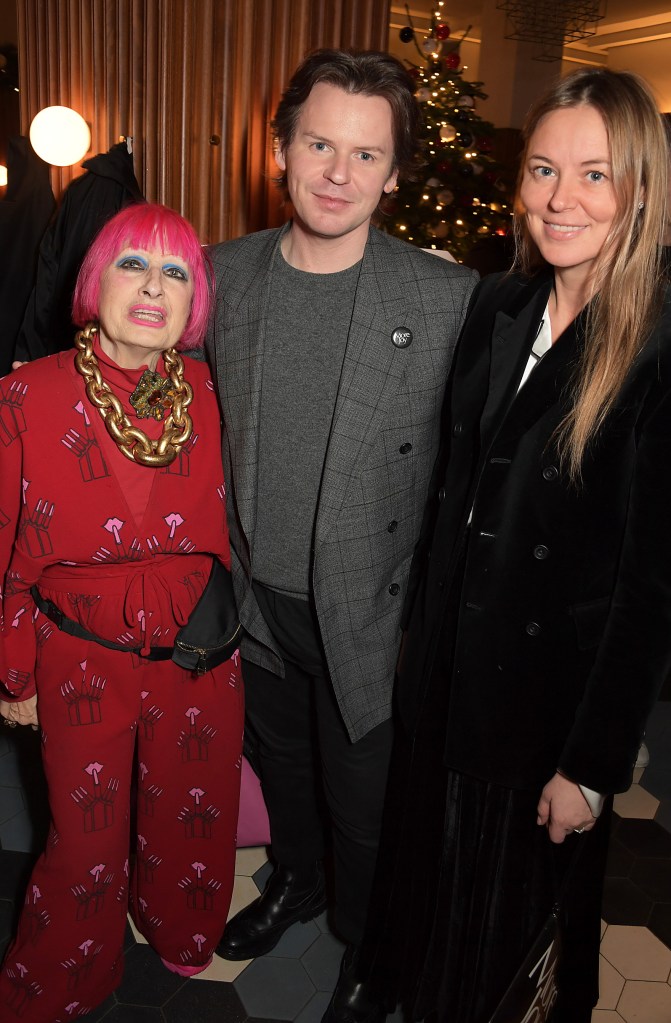 During the evening, Page’s pal, the poet Scarlett Sabet, recited some of her recent work upstairs at the town house.

Like a busy Christmas elf, Smith zipped up and down the town house staircases — and through the crowds — introducing guests to one another all night. Smith said he’s known Jimmy Page since he was 18 years old — “and that was about eight years ago — so a long time.” 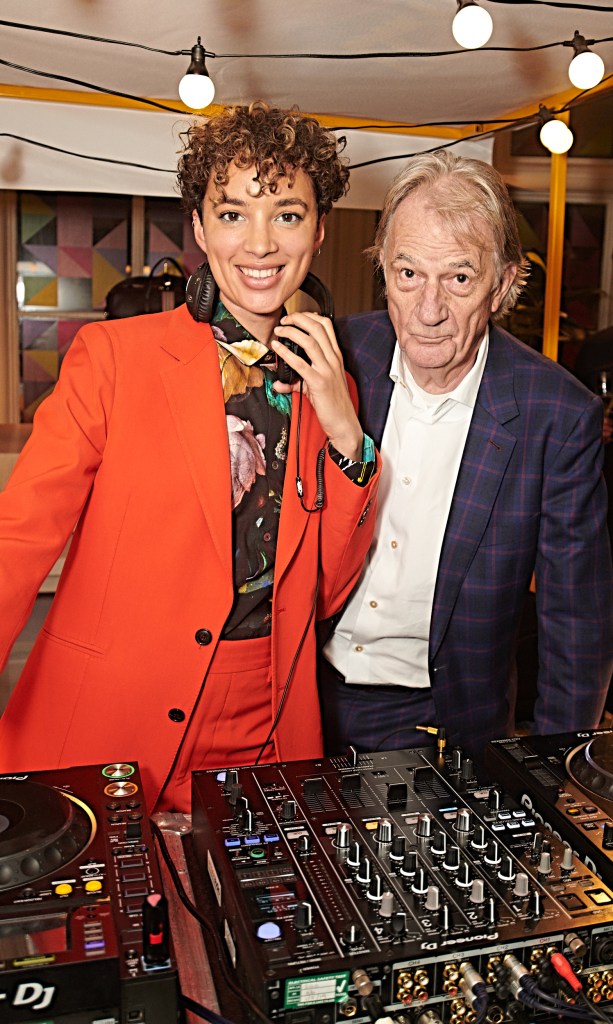 Sir Paul Smith with Phoebe Collings-James at the Matches town house in London.

Smith said when he first met Page — and started dressing him — “he had a 24-inch waist,” and his trouser legs were very, very narrow. Page, who’s still slim and fit aged 75, said his measurements as a young man were no exaggeration.

“Performing five days a week, three hours a day you sweat a lot; I think it was the thinnest I’ve ever been.” 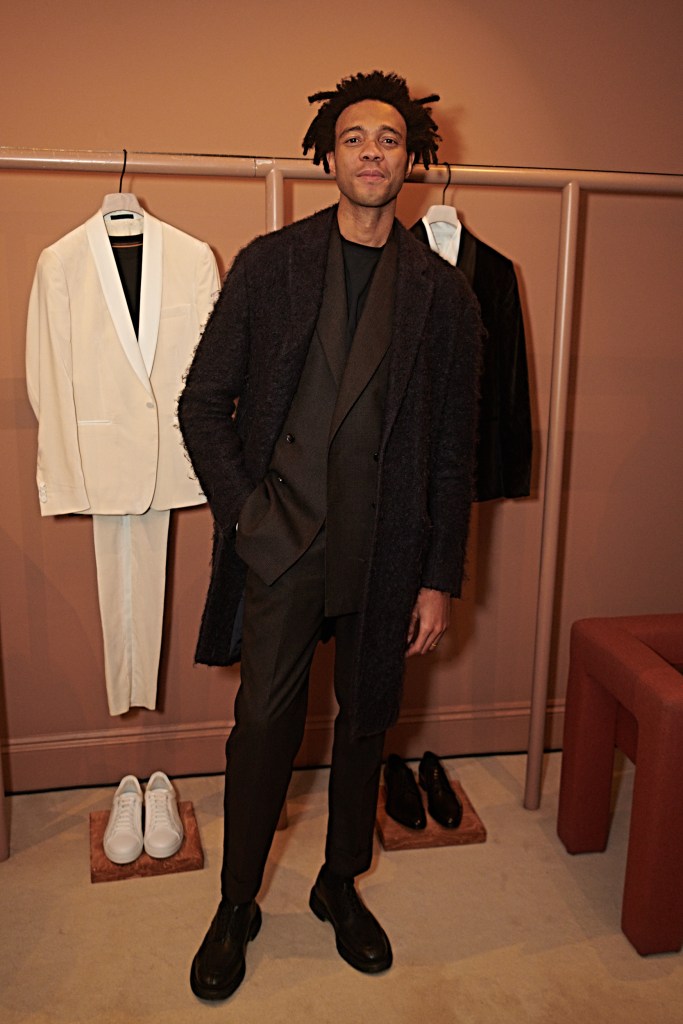 While he’s no longer performing, Page certainly isn’t sitting still. Having done an “autobiography in photographs” called “Jimmy Page by Jimmy Page” (Genesis Books) in 2010, he’s now at work on “Jimmy Page: The Anthology,” which includes the musician’s recollections and memorabilia. The book, also published by Genesis, is due out early next year.