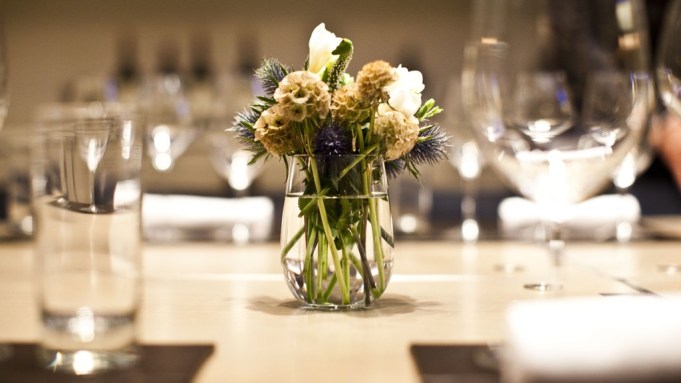 “We’re always a little bit under the radar as a restaurant,” said Kostow, whose cooking has earned him a “best chef” award from the James Beard Foundation and three Michelin stars for the restaurant. “I like it because it’s given us more time to get better. As long as you’re busy and under the radar, that’s fine.“

While sipping pre-dinner negronis, Rachel Comey found some common ground with Aska chef Fredrik Berselius—Comey is gearing up to open her first freestanding store in SoHo in June while Berselius is plotting a re-opening of his restaurant towards the end of the year. Fellow foodie Thakoon Panichgul had also made the trek to the dinner, which was taking place at Bon Appetit’s in-office BA Night Kitchen. He was recently back in town from holding a garage sale in his Omaha, Nebraska hometown. “I’m just about to do an Instagram of the chef’s preparation,” said Panichgul, fixated on his phone. “It’s all about the lighting.”

After dinner, Kostow passed around a bowl of candied angelica. “I’m sufficiently full,” a guest declared before taking a bite of the sugar-coated root. Finally, the chef retired from the kitchen and joined his satiated guests for the nightcap: Bulleit whiskey on the rocks.