Although appearing in ad campaigns since her last catwalk, Turlington Burns has been absent from the runway since 1989. She made her return at Jacobs’ show Wednesday night dressed in a feathery black gown and matching headpiece.

The supermodel had initially given up the catwalk to pursue a college degree. Turlington Burns has since focused on philanthropy, starting the nonprofit organization, Every Mother Counts, which works to end preventable deaths caused by pregnancy and childbirth around the world.

Turlington Burns isn’t the only model to make her runway return at the Marc Jacobs show. Karlie Kloss, absent from the fashion week runways for the past few seasons, was also seen walking Jacobs’ runway sporting a gray coat. Kloss has also ventured outside of modeling for the past few years, starting Kode With Klossy, a free coding camp for teenage girls, and filming Bravo’s reboot of “Project Runway,” on which she serves as the host.

Marc Jacobs has a history of memorable runway model moments at his shows. During his fall 2014 show, reality TV star turned model Kendall Jenner made her runway debut. A few seasons later, Lady Gaga made her runway debut at Jacobs’ fall 2016 show, which was made up of a gothic-meets-Victorian collection. 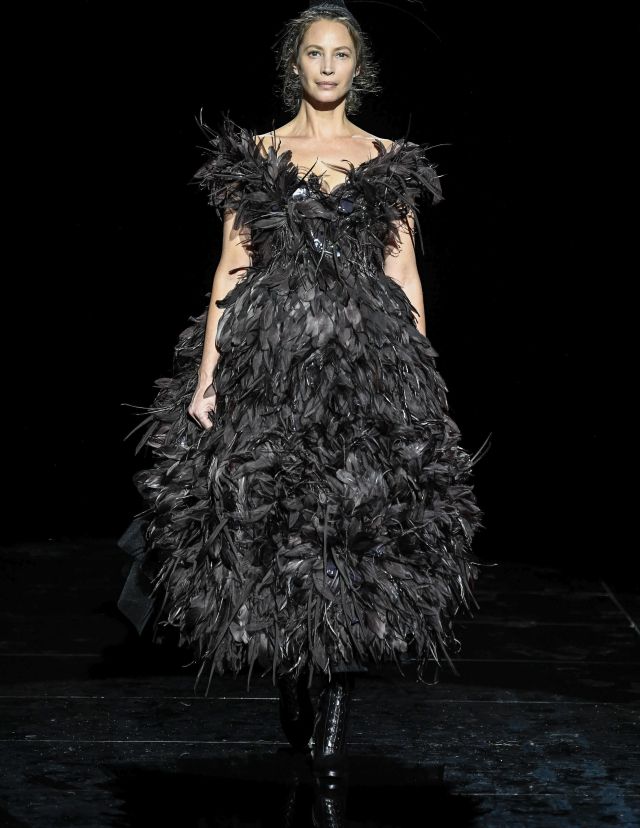