Chrome Hearts is no stranger to the athletic realm.

Known for its luxurious take on lifestyle goods and accessories, the California-based brand has produced a number of Chrome Hearts-branded athletic paraphernalia over the years, including a Maltese cross-debossed gym bench; a premium cross-debossed punching bag (in white and back); iron 45-pound plates with red Chrome Hearts stenciling, and a Peloton bike with a full silver hardware and cross seat — all that were showcased at the brand’s New York City flagship during New York Fashion Week for the fall 2019 season.

Following a release of high-performance ski goggles in December, as well as a basketball court installed for the most recent iteration of Art Basel Miami, the rock style-infused giant continues its foray into athletic equipment and apparel with a new hockey jersey release. The jersey, which is offered in two colorways of micro-eyelet mesh (red or black), was inspired by vintage hockey sweaters and references some of the Chrome Hearts family’s favorite NHL teams.

The unisex jerseys feature sterling silver hardware and a leather patch insignia at the chest, with diagonal stripes lending a retro appeal. Cropped sleeves feature the number 33, a personal mark that has become emblematic to Chrome Hearts, recurring throughout its collection and serving as the eponym for Chrome Hearts’ signature fragrance. The backside differs in design, with the black version featuring an oversize CH Cross extending the width of the piece, while the red version sports a PPO Chomper (oversize red lips) motif.

The jerseys will land at Chrome Hearts stores worldwide starting the week of March 14, with the black version retailing for $3,500 and the red for $3,850. The red colorway will be sold exclusively online at Chrome Hearts’ e-commerce. 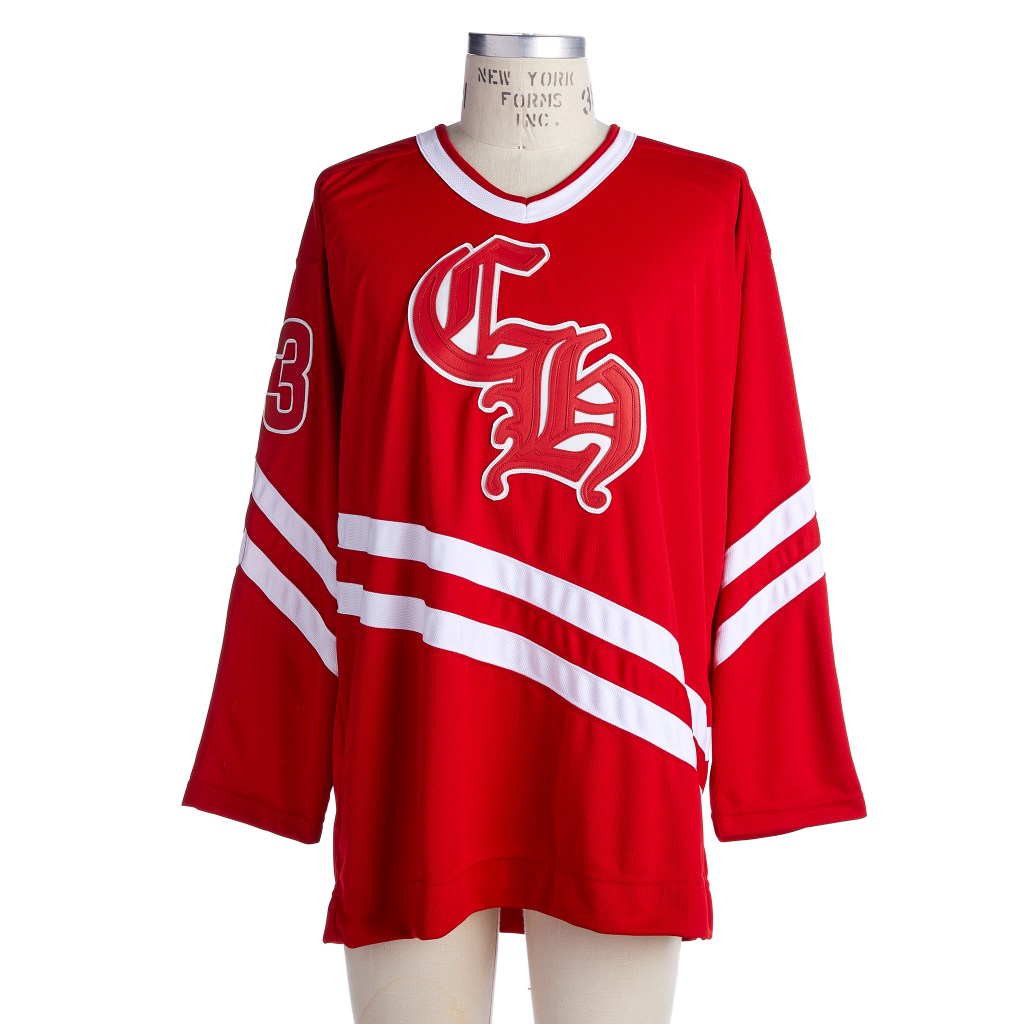