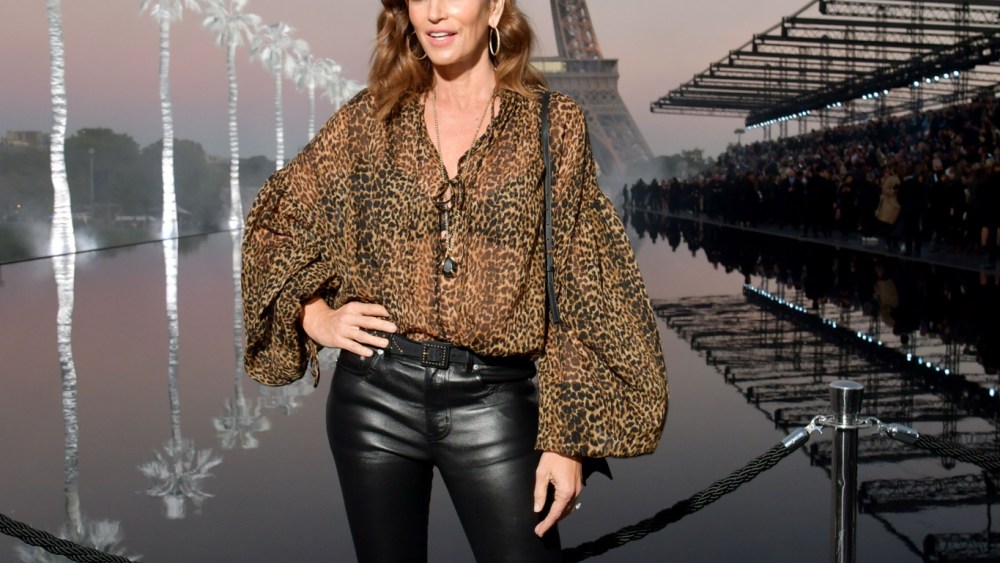 TOWER POWER:  The timing was perfect: the Eiffel Tower started its hourly sparkling act just as the last guests were finding their seats for the Saint Laurent show.

While actress Catherine Deneuve paused to take in the view before entering the venue, Carla Bruni praised the row of frosted palm trees alongside a long, shallow pool. “I think the décor is absolutely amazing,” she said. “I love the white palm trees, and of course the Tour Eiffel is like heaven!”

Anne Hidalgo, who the previous evening had welcomed the fashion crowd to the City Hall, said it was her first fashion show of the season, and planned to try to see others as well. “It’s always magnificent here, and I also think having it under the open sky means that in addition to all the guests from the fashion world there are also tourists and Parisians, and bystanders as well.”

Tourist buses slowed down on the way to the Pont d’Iéna to take in the scene, while hundreds of bystanders gathered round the fountains right up to the Place du Trocadéro to watch the show from a distance.

According to Cindy Crawford, “you can’t go wrong with the Eiffel Tower.”

Some of the guests were already familiar with the set. “I actually saw a few photos ahead of time, so I can’t pretend that it’s a complete surprise,” said actress and singer Charlotte Gainsbourg, who is currently working on the film “My Dog Stupid” with Yvan Attal in Biarritz.

Kate Moss nipped in to her seat minutes before the show started and cozied up to Edward Enninful, editor in chief of British Vogue, where she is a contributor. “I’m always excited for Anthony’s shows,” said the supermodel. “I’m very happy to see Edward,” she added with a giggle. “We’ve been texting from Milan, he kept me up to date on what’s going on.”