The evergreen supermodel at the Balmain show on Saturday discussed how far men’s fashion has come over the past few years.

By Katya Foreman and Mimosa Spencer on January 21, 2018
View Slideshow 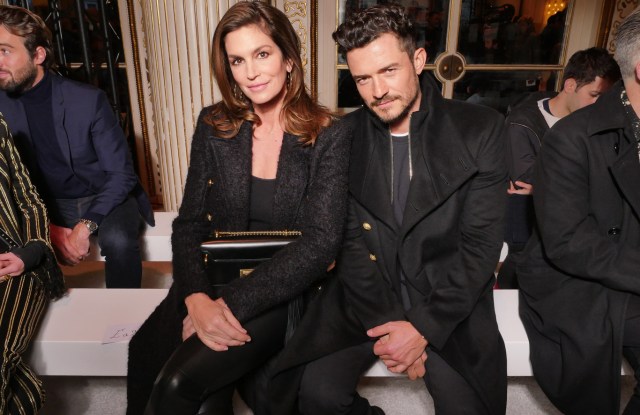 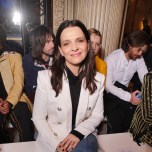 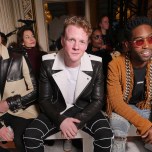 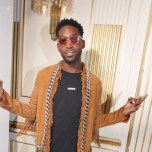 Dressed in black leather pants and a tweed Balmain jacket, the evergreen supermodel chatted about how far men’s fashion has come over the past few years. “We don’t live in an equal world, right, but one of the places where women have more than men is in our fashion choices. My husband usually picks from one of 20 blue shirts. For Olivier [Rousteing], the way he sees men’s fashion is it gives them permission to have fun and be a little more ornate. It’s not staid, in some weird way it’s more unisex,” she said. “I think the same principles he uses to design his women’s collection, he applies to his men’s fashion as well. It’s not like he thinks, ‘Oh, now I’m doing men’s, I have to think differently,’” added Crawford who nonetheless likes to stay all woman when it comes to fashion. Asked if she ever wears men’s clothes, she demurred: “I like to wear women’s clothes.”

Framed by Miguel and Tinie Tempah, French actress Juliette Binoche, who said it was her first Balmain show, begged to differ. “I love wearing men’s clothing. I love men, in fact, I’m surrounded by men,” she enthused.

Binoche said she was prepping for a film based on the book by Camille Laurens, “All That You Know,” about a divorced woman who creates a fake Facebook profile to seduce her lover.

She has also just wrapped a film by Japanese director Naomi Kawase called “Vision,” as well as “High Life” by Claire Denis, where she costars with Robert Pattinson. “I’m doing so many films, I think I must be a workaholic,” sighed the actress, turning to catch up with Bloom.