A former Vogue assistant, she said she fell in love with photography after watching a documentary on Richard Avedon. 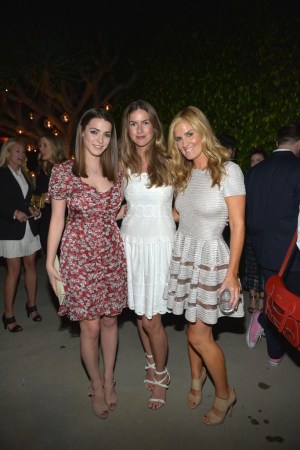 The Top Trending 2020 Holiday Gift Ideas, According to Google

BEAUTY MARK: Claiborne Swanson Frank celebrated the debut of her Assouline portrait book, “American Beauty,” on Wednesday night at interior designer Ruthie Sommers’ Los Angeles home. Frank, a former Vogue assistant, said she fell in love with photography after watching a documentary on Richard Avedon. Attendees and subjects at the M’oda ‘Operandi-sponsored fete included host Lauren Santo Domingo, Lake Bell, Mary Alice Haney, Jenni Kayne, Minnie Mortimer, Irene Neuwirth and Chiara de Rege. “All the girls in [the book] are people who really believe in her. She is one of the most incredible people I’ve ever met,” said Santo Domingo, who showed off her small baby bump. “It was so amazing to get to know these women through the…dialogue of who they were in the world and how they’d want to portray themselves in an image,” said Frank, a San Francisco native who is moving down to Los Angeles with her husband James Frank, who works for Ron Burkle. Also in the mix were L.A. newbie Bee Schaeffer and Will Kopelman, who was telling guests about his summer wedding to Drew Barrymore.