The fashion label also showed its men’s and women’s lines. 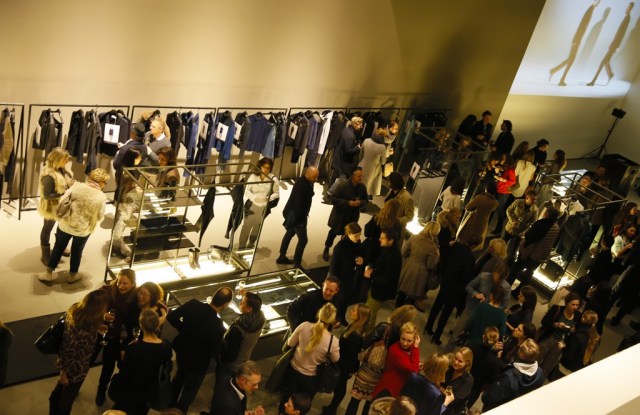 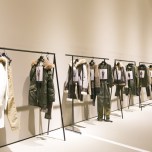 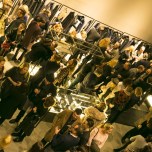 OPEN COOPERATION: Closed is a brand that likes to go its own way, and so rather than take part in Berlin’s multiple tradeshow platforms, the casual fashion label took over the looming Nolan Judin Gallery on Potsdamer Strasse to both throw an opening Fashion Week cocktail and later show and work its men’s and women’s lines. Curiosity ran high as to what women’s creative director Kostas Murkudis had gotten up to in his second season, and the answer was immediately evident: upgrade.

“We’ve taken quite a big step this season,” said Closed co-founder and co-owner Gordon Giers, surrounded by a built-up sportswear line starring motocross looks in both leather and denim, strong shearling outerwear, fur-lined nylon utility jackets, flight suits, covetable knitwear and of course all the street-smart bottoms to go with it in denim, khaki and army green.

“Sure, there are a couple of high-ticket items, but on the whole, the price points actually didn’t change. I don’t know how we did it,” Giers said with a smile. “But it was an important part of the briefing [to Kostas]: Stay in our territory.”

The Berlin-based Murkudis, who has any number of collaborations under his belt including Coccinelle, Flip Flop and Pringle of Scotland, noted of the Closed development, “We’re just in the baby stages, and we’re still tweaking it. The apparel pieces — whether denim, sportswear, utility — all reflect the [brand’s] DNA, but now interpreted in a more feminine way.” Murkudis’ imprint will also soon be seen in Closed’s visual communications, as well as retail presentation, with new store design plus a new Berlin boutique in the planning.