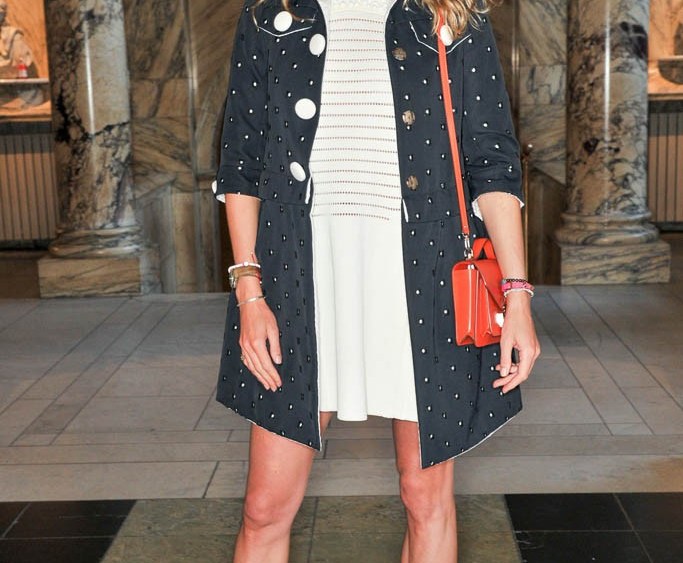 LONDON — Perhaps it’s because she didn’t drink when she was on the London club scene in the Eighties that curator Claire Wilcox has been able to coherently illustrate the convergence of the city’s nightlife with the explosion of British fashion in the Victoria & Albert museum’s summer exhibition, “Club to Catwalk: London Fashion in the 1980s”.

“I was a mature age student at Camberwell College of Arts in 1984 and just getting into the worlds of art, fashion, clubs and music,” Wilcox said. “I never drank so I didn’t get into trouble, but I saw many friends get onto the wrong bus and head off towards Hackney when they should have been going to Fulham.”

“It’s quite like watching my life flashing before my eyes,” milliner Stephen Jones said at the show’s opening party Monday night. “You know, we did go out a lot — not every night but certainly most nights. But then we were 20.”

“We’d go out almost every night and I’d wear whatever I could find that was sparkly, then we’d go to work the next day,” concurred Rifat Ozbek, who has a shimmery creation in the show. “We had the energy then.”

Sibling designer Joe Bates, whose currentwork would look at home on dance floors from the era, looked as though he’d dressed in tribute to the exhibition. “Oh, God no, it’s because it’s so hot,” he explained. “All you need is a straw hat, a kaftan and a whole bunch of beads to look dressed up. There’s nothing like [the Eighties club scene] now. You might as well compare it to the 1800s.”

Wilcox has assembled more than 90 outfits by designers including Vivienne Westwood, John Galliano, Katharine Hamnett, Jasper Conran and Paul Smith to portray the influence that London’s legendary clubs — Taboo, Circus, Cha Cha, Blitz and Asylum — had on fashion in the decade.

The magazines that were central to capturing and propagating the club and street looks of the time — The Face, i-D and Blitz — are featured alongside the exhibits, as are accessories by the likes of Jones, Judy Blame and Patrick Cox. A film of the 1986 auction of customized denim jackets commissioned by Blitz magazine in collaboration with Levi Strauss & Co shows the creations by Westwood, Galliano, Leigh Bowery and more next to some of the original jackets, including Bowery’s 8.5-kilogram (19-pound) creation that features hundreds of golden bobby pins turned into fringing.

While the downstairs gallery focuses on designers and the bold looks they were creating for the catwalk, the upstairs section of the exhibition shows the different club “tribes,” from tough studded leather to the looser silhouettes of the rave movement.

The exhibition opens to the public on Wednesday and runs through Feb. 16, 2014.