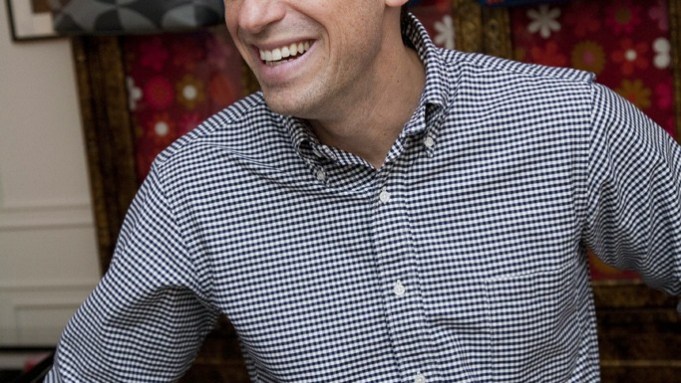 CLUTCH PLAY: Designer Liz Lange was slightly terrified when her best friend, Jonathan Adler, decided to launch a handbag line. “I am a huge bag snob. If it’s not Hermès, I don’t want to wear it. It took me years to accept that Fendi was sort of an upscale brand,” she said at a dinner Thursday to toast Adler’s new venture, his second foray into the category. “I knew I was maybe going to have to carry the bags. Nothing could have inspired more fear in me — except maybe if he was launching shoes.”

Luckily, Lange — who met Adler when they were both freshmen at Brown University — can’t get enough of them. “Now that I’ve seen the bags, I think that maybe he could design shoes,” she said.

Adler hosted the intimate affair at the Greenwich Village home he shares with his husband, Barneys creative ambassador Simon Doonan. Guests such as Celerie Kemble, Lela Rose, Marjorie Gubelmann, Lara Spencer, and India Hicks sprawled around the living room, gossiping over chicken pot pies. The duplex is chockablock with Jonathan Adler merchandise. “Jonny and I are very suspect of people who don’t live with or wear their own stuff,” said Doonan of living with so many Adler designs. “There’s always new stuff coming in. I love it. It’s like having someone do your hair every day.”