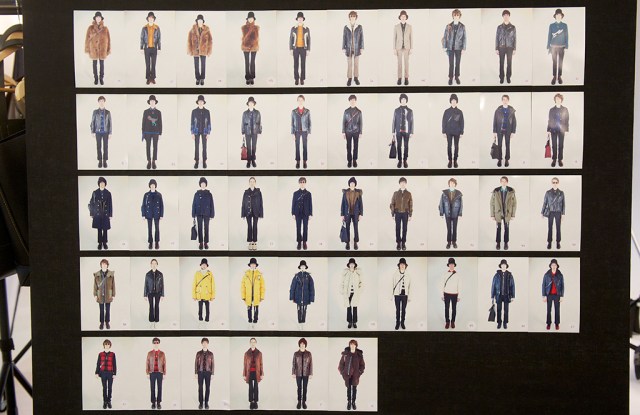 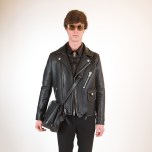 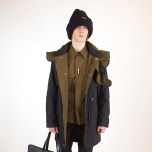 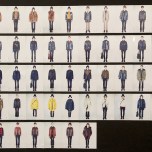 Stuart Vevers is set to unveil a Coach collection inspired by Bruce Springsteen’s late Seventies style, New York hip-hop from the same decade — and the underlying optimism and laid-back charm they radiated.

During an exclusive preview of the collection, Vevers also said he’s interested in creating pieces that have character, and ones that channel everyday American heroes and the actor off-duty.

“Formality and perfection don’t interest me. What I am interested in the next generation’s perception of luxury — easy, effortless, less formal clothes,” said Vevers during a walk-through of the collection where he played with proportions, adding chunky zippers to leather jackets, big buttons to naval-inspired ones and pumping up the size of pockets on coats and ribs on knits.

Accessories were jaunty and plentiful, including bucket hats — made from felted angora — and neckerchiefs in a nod to The Boss. Leather dinosaur skeletons dangle from bags, while pins in the shape of rocket ships adorn coats.

In footwear, Vevers pumped up the proportions and added a little Coach lock to the side of a military boot.