Coachella 2019: Everything You Need to Know About This Year’s Festival

They Are Wearing Coachella 2018

To kick things off, the Coachella Valley Music and Arts Festival is back in its 20th year with a music lineup — including the likes of Kanye West, Ariana Grande and Childish Gambino, to name a few — that rivals years past.

With more than 150 artists performing, Coachella has drawn in the festival set, ready to whip out their flower crowns, tiny sunglasses and rainbow-colored looks for back-to-back weekends of one of the most anticipated events of the season.

Other than music, the festival offers a robust list of activities, including more than 100 different food vendors, life-size board games, a “sustainable oasis” and the famous Coachella ferris wheel.

From West’s Sunday Service performance and interactive art installations to where you can live-stream the lineup, here is everything to know about the Coachella 2019 festival. 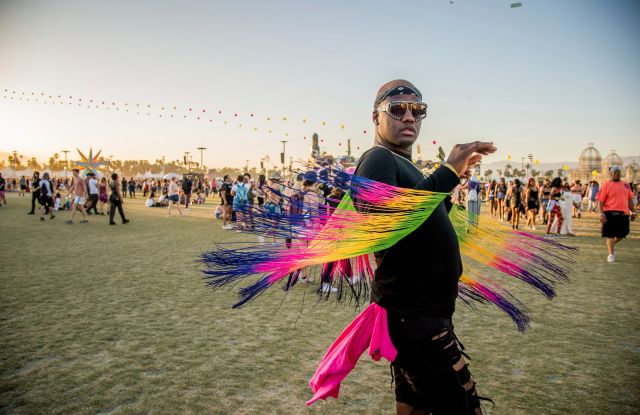 A festivalgoer at the Coachella Valley Music and Arts Festival in 2018.  Amy Harris/Invision/AP/REX/Shutterstock

When and where is Coachella?

Coachella will again be hosting its festival over two consecutive weekends, first from April 12 to 14 and again from April 19 to 21. The festival is held in Indio, Calif. A waitlist is available for weekend one passes and a limited amount of passes for weekend two will go up for sale on Friday at 6 p.m. EST. Ticket prices range from $429 for general admission to $999 for a VIP pass, which gives guests access to VIP areas throughout the venue.

On Jan. 2, Coachella released its full lineup for the three-day festival, revealing that Gambino, Tame Impala and Grande will be headlining on their respective days.

While West reportedly declined performing at the festival due to his preferences over the venue set-up, it was revealed on Sunday that the rapper will be bringing his new “Sunday Service,” concept to Coachella, only on April 21 for Easter Sunday. Dubbed “Kanye West’s Sunday Service,” he will be bringing the gospel choir — which meets at his home on Sundays to perform choir versions of his own songs — on stage at the festival.

Who are the other performers?

Aside from the headliners, the festival is hosting performances by artists from a variety of music genres. Expect performances from the likes of Janelle Monáe, Diplo, Kacey Musgraves, Kid Cudi, Weezer, Billie Eilish, Wiz Khalifa, Maggie Rogers, Khalid, Chvrches and H.E.R., among others. Fashion designer and artistic director of Louis Vuitton’s men’s line, Virgil Abloh, will also be hosting a DJ set on both Saturdays of the festival. See the full lineup here.

On April 8, it was announced that Solange will no longer be performing at the festival, due to major production delays, according to the festival’s Twitter.

A surprise to most, actor Idris Elba will also be performing on both Saturdays of the festival. Elba may be known for his acting roles in shows like “The Wire” and “Luther,” but his music career as a DJ is one that’s been in the works since he was 14 years old. This isn’t the first big event that Elba has DJ’d at. The actor was asked by Prince Harry himself to DJ at the royal wedding in May.

What brands are sponsoring the festival?

NYX has signed on as Coachella’s exclusive cosmetics sponsor. The makeup brand will be hosting on-site activations for festivalgoers, including a “glitter playground” inspired by its Glitter Goals collection, a tongue-shaped slide, and a beauty bar for makeup touchups. Makeup artist, Nam Vo, will be partnering with the brand to create makeup tutorials that will be available on site.

What kind of food will be offered at Coachella?

Coachella’s food selection is just as impressive as its music lineup. This year, Coachella will feature more than 100 food vendors and is teaming with Postmates for guests to order their food and drinks from vendors like Red Ribbon Chicken, Monty’s Good Burger and Pizzanista, among others, to be dropped off at various pick-up locations.

The festival will also be home to Gwen, a full-service, sit-down restaurant run by Chef Curtis and Luke Stone, available to VIP guests. For general admission and VIP guests, Outstanding in the Field offers a full-service, four-course family-style meal made by a number of local chefs.

What other activities will there be? 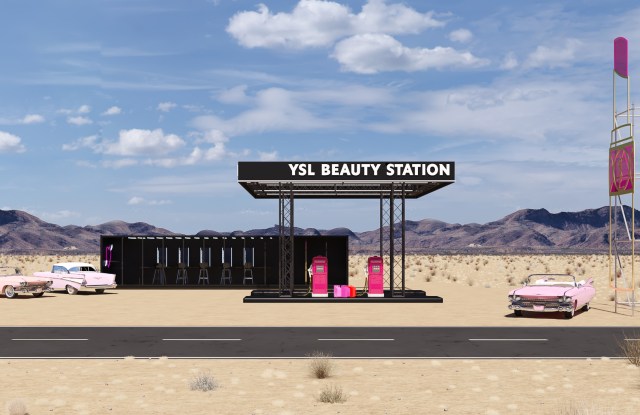 If the music lineup and food isn’t of interest, guests have the opportunity to participate in a number of events, such as life-size board games, create DIY accessories at the Coachella Art Studios or take a ride on Coachella’s famous ferris wheel.

There will also be a number of retail spots, including To Die for Clothing for screen printed apparel, a vintage market with clothing, accessories and more, and a pop-up record store.

On the way to the festival, guests can stop by YSL Beauty’s Coachella pop-up on Route 111 in Cathedral City, Palm Springs. Designed like a gas station, the pop-up includes a larger-than-life installation of the brand’s Rouge Volupté Shine lipstick, pink gas pumps and pink convertibles. Guests can purchase from a selection of new and best-selling products and get makeup tutorials from YSL Beauty makeup artists.

Which artists will be creating art installations? 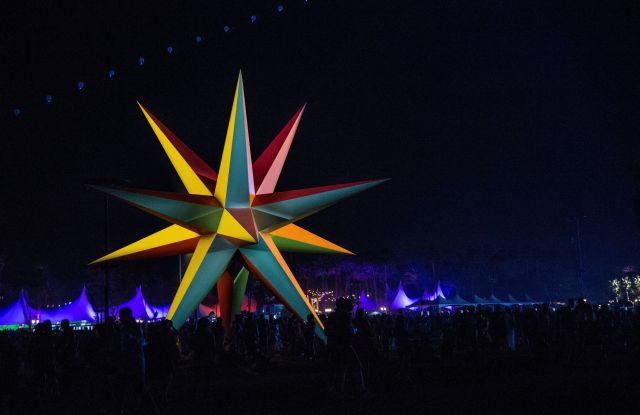 Coachella is tapping a group of esteemed artists to create installations for the festival. The festival is bringing back a few of its favorite artists, including Balloon Chain for its string of balloons stretching thousands of feet, and Do Lab for its visually immersive stage designs. Coachella is also tapping a few new artists for the festival, including Dedo Vabo, Francis Kéré and Newsubstance, among others.

How can I watch the festival?

For those that didn’t score a ticket, Coachella will be live-streaming content from both weekends through YouTube. As of Thursday afternoon, it’s been confirmed that Coachella is live-streaming sets by 36 artists, including Eilish, Musgraves, Gambino, Rogers and Weezer, among others.

They Are Wearing: Coachella 2018