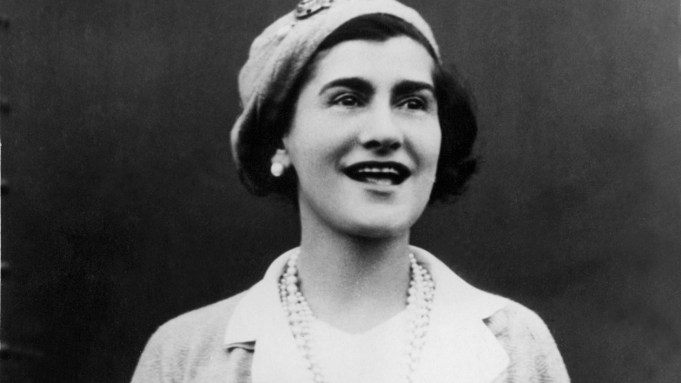 Coco Chanel’s impact on fashion is unparalleled — and her design legacy is just as relevant today, on what would have been her 136th birthday, as it was decades ago.

The legendary fashion designer’s canon of now-staples — the tweed suit, her No. 5 fragrance and the little black dress — exemplify the elegant, modern style that she was known for and one that was carried on by her successor Karl Lagerfeld, until his death earlier this year.

In honor of Chanel’s birthday — Aug. 19, 1883 — WWD looks back at the designer’s legacy, unearthing some little-known facts about the iconic designer from our archives.

1. She refused a marriage proposal from the Duke of Westminster.

Chanel reportedly had a 10-year affair with the second Duke of Westminster, Hugh Grosvenor, during which time the Duke proposed marriage to the designer. Chanel refused, later stating: “There are lots of Duchesses, but only one Coco Chanel.”

2. She was routinely at odds with other fashion designers.

Chanel’s influence on other designers was undeniable, especially to Coco herself. On Yves Saint Laurent, Chanel was quoted saying, “Saint Laurent has excellent taste. The more he copies me the better taste he displays.”

While they were previously close, Chanel and Cristóbal Balenciaga also came at odds after the former reportedly called Balenciaga “too old” to continue designing.

Upon Chanel’s death, Balenciaga reflected on their prior friendship and her passing, stating to WWD for her obituary: “I feel extremely sad and it makes me feel how old I am myself. An extraordinary, strong and influential person has disappeared with her.”

3. She began her career as a hatmaker.

In 1912, Chanel began her fashion design career by opening a hat shop in Deauville, a seaside town in France, where she quickly became a trendsetter and expanded into apparel.

4. She refused to dress royalty

Chanel wasn’t one to design for free, even for royalty. WWD’s obituary on the designer quotes her saying, “these princesses and duchesses…they never pay their bills. Why should I give them something for nothing? No one ever gave me anything.”

5. She preferred women in makeup.

When the atelier got word of Chanel’s arrival each day, models reportedly rushed to put their makeup on quickly, as the designer was not a fan of makeup-less faces.

Chanel herself kept blush at her bedside, explaining “Think of the man who sleeps beside you, does he want to wake up to a pale face?”

6. She often made comments that raised eyebrows.

Not one to keep her thoughts to herself, Chanel was unabashed in her commentary of others. For instance, Chanel was quoted in WWD’s obituary saying actress Brigitte Bardot was “money mad” and that her full bust “is too much.”

Chanel was also critical of fashion editors, stating that one unnamed editor had “the face of a monkey” and “the mouth of a sewer,” and stating another editor was “the most pretentious woman I have ever met.”

7. She was no fan of miniskirts.

Chanel had once called miniskirts “an exhibition of meat,” claiming she found the look to be indecent. She instead was a proponent of women wearing pants and was even arrested for wearing them by the Vichy Regime during World War II.

Chanel found pants to be a practical option for women. “Girls are nice and it is good to roll around in the sand all day long,” she said. “On the beach it is very easy to slip on a pair of pants.”

8. Her favorite flower was the camellia.

The camellia flower has become one of the most iconic symbols of the Chanel brand, featured prominently in the apparel and accessories. In 1992, WWD visited Chanel’s atelier as the brand was designing various camellia pins for its upcoming couture show.

9. She was buried in her favorite Chanel suit.

Per Chanel’s own request, WWD reported the designer was buried in her favorite suit, a beige and white tweet suit decorated with the designer’s iconic gold buttons and braid.