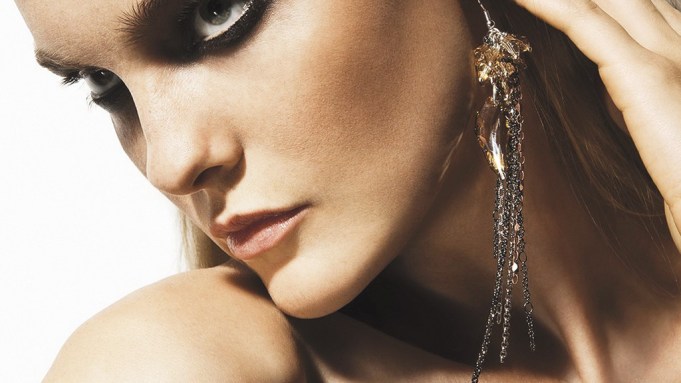 COCO’S CREATIONS: Coco Rocha is getting in the jewelry and charity business. The model has launched Coco Rocha for Senhoa, a collection produced together with Senhoa, an organization helping Cambodian victims of human trafficking. After receiving a piece made by the women of Senhoa on her wedding day in June 2010, Rocha said she was inspired to get involved. “They asked if I wanted to partner up with them to do a jewelry line. I designed it and the girls make it and the proceeds go to the girls,” said Rocha.

The pieces are made by hand at Senhoa and beaded with clear, black and multicolored Swarovski Elements (“The girls are perfectionist beaders,” Rocha added.) and made in a distinct chain-link of silver and gunmetal. Comprised of seven styles — two pairs of earrings, two bracelets, one necklace and two body pieces — the collection ranges from $60 to $195, with the exception of one body piece that retails for $995.

The model even coined her own tag line: “Accessorize your conscience,” which she explained as spending a little bit more than you normally would on a piece “because you know you’re helping out and it was in the hands of a young girl who put a lot of time and effort into it.” Rocha added: “We’re naming the pieces after some of the girls in the camp — and some familiar Cambodian names.”

To help raise awareness for the cause, Rocha brought on some additional model power with the help of friends Iman, Caroline Trentini and Behati Prinsloo. In the first of two campaigns, Iman, Trentini and Rocha were photographed by Nigel Barker, and in the second Rocha and Prinsloo were shot by Jamie Beck in a series of animated images.