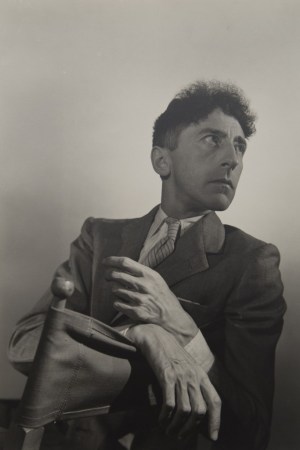 Metallica Teams Up with Burton for Limited Run Collection

SHOWTIME: Forty works will be brought together for an exhibition on Jean Cocteau that is to run at the Pierre Bergé-Yves Saint Laurent Foundation in Paris from Jan. 20 to Feb. 7.

Called “Jean Cocteau, une donation américaine — Robert Rubin,” it culls pieces owned by Rubin, an art historian and collector of contemporary art and design. These include a collage from 1926, a portrait of Paul Éluard, plus photographs of Cocteau by Berenice Abbott, Walter Limot and Cecil Beaton.

The pieces were all presented at a Cocteau retrospective at Paris’ Centre Pompidou in 2003 and will be housed next at the Maison Jean Cocteau (the artist’s former home) in Milly-la-Forêt, France.

Bergé penned the preface of the show’s catalogue.

Concurrent to the foundation exhibit will be another at Paris gallery Coullaud & Koulinsky that highlights Cocteau’s influence on contemporary artists.