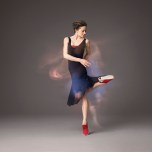 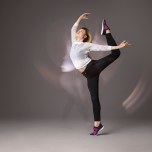 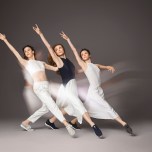 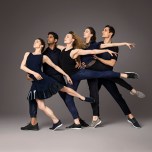 Dancers from the New York City Ballet, along with company choreographer-in-residence Justin Peck, are lending an animated touch to Cole Haan’s newest campaign.

Cole Haan has worked with Smith, Fairchild and Mearns since 2014. The campaign marks its first partnerships with Peck and Ramasar.

Peck noted that the GIF medium proved challenging to choreograph. “It was a little tricky, especially the shots that involved all five of us — it was a really great challenge. The GIFs are super fun to make, we ended up kind of learning as we went because GIFs have very short windows of time to display movement. We had to find the right pacing of movement so it looked fluid and coherent.”

The choreographer is in Saratoga Springs, N.Y., for the company’s annual residency at the Saratoga Performing Arts Center. This summer he will spend time in San Francisco to work with the San Francisco Ballet while also workshopping movements for the Broadway revival of “Carousel.”

For Ramasar, the Cole Haan endeavor marks his first fashion campaign. “What a first it is to have — I’m starting at the top,” he said.

Ramasar, currently nursing an injury, said Cole Haan’s partnership with the ballet makes sense, given dancers’ shoe preferences in their off hours. “We look for comfort, obviously, because our feet go through so much. And there’s a little bit of vanity, too — we have to have a little style as well. Cole Haan definitely has this — I love how lightweight they are, it’s ideal for a dancer.”