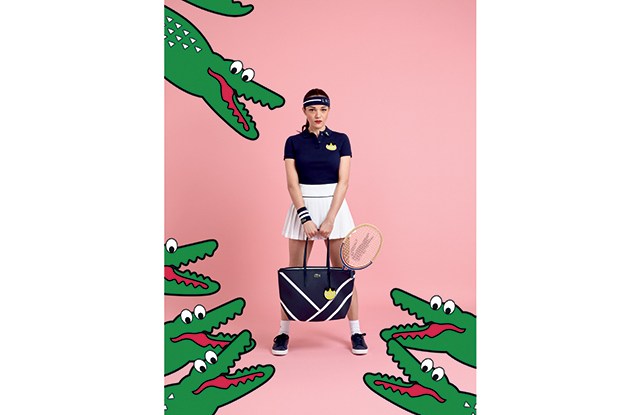 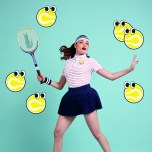 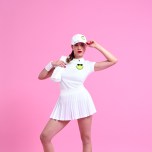 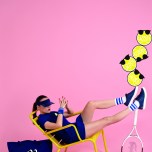 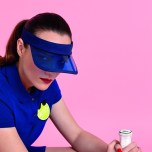 MATCH POINT: Advantage Colette, which has first dibs on a hook-up between Lacoste and Yazbukey that will roll out in April in Lacoste stores internationally, just in time for the French Open at Roland-Garros.

“It brought back memories of my childhood watching all these tennis players, and I had so much fun doing the shoot as I pretended I was playing tennis,” said Yaz Bukey, who dabbled in the sport as a kid. Her tennis heroes included Martina Navrátilová, “and of course everyone was crazy about Andre Agassi until we knew his hair was fake. Now I love [Novak] Djokovic.”

The irreverent designer, who collaborated on the accessories for the “Lacoste x Lesage” high fashion collection in 2015, said Lacoste creative director Felipe Oliveira Baptista gave her carte blanche for the line.

The linking thread is the line’s tennis ball-shaped emoticons, with as the main storyline a “game of seduction” between three tennis balls with cartoon-like expressions and a loved up crocodile. One is scared of the crocodile, explained Bukey, the second one is not really interested, and the third, with a sensual red mouth, a Yazbukey signature, “just wants to kiss him.”

Lacoste Returns as Official Apparel Provider of the Miami Open >>