Rue Saint-Honoré was singing the blues Wednesday as the iconic Paris retailer prepares to cease operations, with a butterfly-filled window display among parting gestures. 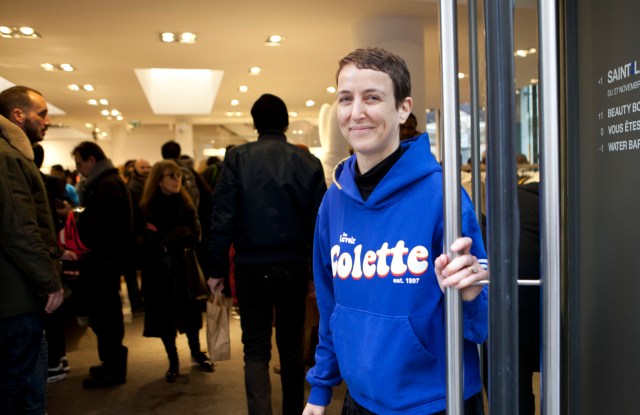 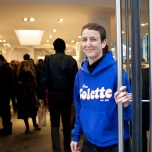 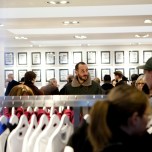 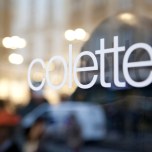 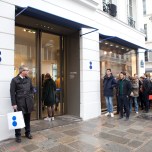 A gaggle of young hipsters formed an orderly queue at around 10:30 a.m., half an hour before opening time, as staff ferried boxes of stock and window dressers put the final touches on the store’s last window display — a quiet and enchanting affair featuring 25 species of butterfly fluttering in a mesh cage. The installation nods to the store’s first window display 20 years ago, which featured blue butterflies.

A butterfly from the store’s window display.  Franck Mura/WWD

Colette will cease operations at 7 p.m. tonight, while the e-shop will shutter at 11:59 p.m., although a lot of the online stock has sold out. The retailer on Dec. 19 sent out a final newsletter, titled Au Revoir. It thanked customers and partners, and invited people to share messages on the site from midnight Wednesday. Colette also plans to upload video messages filmed by Hugues Lawson-Body for a documentary he is making about the store. As reported, Saint Laurent is in negotiations to take over the corner site.

In the countdown to the store’s opening Wednesday, Colette’s community manager Sandrine Tonye paced the line, phone aloft, getting the crowd to chant, “Colette c’est chouette” (or “Colette is great”). “I’ve been here 10 years, Colette is my family,” she told WWD, welling up, adding that the team is planning a goodbye party Wednesday night, though she couldn’t disclose details.

First in line was Canadian Baudouin Maurel, 18. “I’m used to queuing for sneaker sales, so I knew there would be a lot of people. It’s the most iconic store in Paris for streetwear,” he said, adding that one of the salesmen had told him they would be bringing out a lot of fresh stock today.

Behind him, Guillaume Wilhelm Leteurtrois, 29, said he was hoping to find something “symbolic” for his girlfriend’s birthday present. He was surprised at how late people started lining up. “I was just sending a message to my friend saying it’s the first time in my life I’m at the front of the queue,” he marveled.

The doors swung open and the crowd rushed to the T-shirt racks as vendors calmly fielded questions. Michael Baratoux, who has been working at the store for the past five years, said the T-shirts with the Colette mascot were the first to go, followed by the sweatshirts marked with slogans like Forever Colette and Paris Colette Club. “I’m sad but also excited as it’s such a special day, and it’s the beginning of a new chapter in my life,” he said.

“Life continues,” echoed a beaming Andelman, handing out chocolates to customers as they exited the store. Of the special window display, she said: “It’s wings, this idea of flying off.”

Ten minutes before the final closing time – the T-shirt rail stripped clean – the crowd inside had swelled to nearly maximum capacity. Almost. Suddenly, in charged a procession of Andelman’s nearest and dearest holding blue balloons and sparklers, led by her husband, Philip, and followed by Caroline de Maigret, Lucien Pagès, Pedro Winter and others.