The Ritz Paris bartender divulged his secret recipe for the Amaterasu, the world's rarest cocktail. 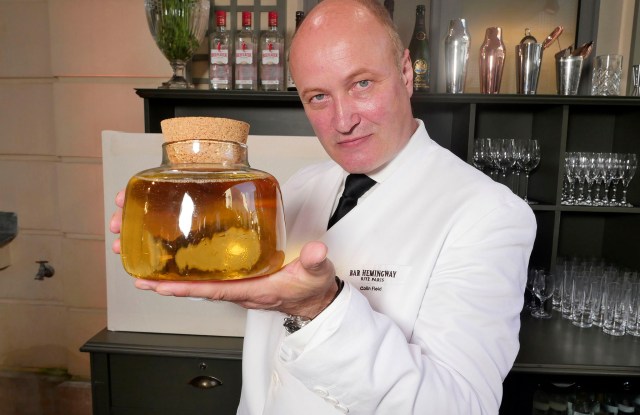 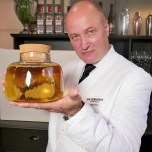 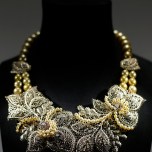 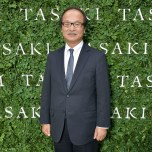 LIQUID GOLD: Gold South Sea pearls and padparadscha sapphires were not the only attractions at Tasaki’s cocktail event, held on Sunday evening at the Ritz Paris. On the patio adjoining the hotel’s garden, Colin Field, aka the best bartender in the world, was dispensing cocktails made from a mix of sake and Champagne.

At the request of the Japanese jeweler, he was serving the Tokyo Oh Oh, made with Junmai Daiginjo Nigori Sake from Tsukino Katsura, a brewery founded in the 17th century. “This is the noblest sake you can find, mixed with France’s noblest wine: Champagne,” the bartender opined.

The cocktail has extra cachet, as it was named by Sofia Coppola. “I created it at the Hyatt in Tokyo [where Coppola’s “Lost in Translation” was set] and a few months later, I said to Sofia, what shall we call it? And she suggested Tokyo Oh Oh. I didn’t dare ask why Oh Oh — I was so pleased she had given it a name,” he recalled.

Still, in terms of exclusivity, nothing beats the Amaterasu, named after the goddess of the sun in the Shinto religion. It’s made with Junmai Daiginjo and cognac that has been macerated with truffles, and is garnished with an ice cube containing a cherry blossom.

“The samurai hopes to be killed when he reaches the summit of his art, and the symbol of that is the cherry blossom. When it is at its most beautiful, it becomes too heavy for the branch and falls off. So it’s a cocktail that I can only make in April,” Field said.

In fact, he has prepared the drink only once, for a select committee that included cognac heir Gilles Hennessy and sake brewer Masuda Tokubee. Field picked the cherry blossoms in his garden, froze them in a cube made of 93 percent water and 7 percent Junmai Daiginjo, and transported them to the Ritz in an ice pack.

“I made that cocktail once, and I will never make it again,” he pledged, sounding like a Japanese zen master. “Perfection only lasts a second.”