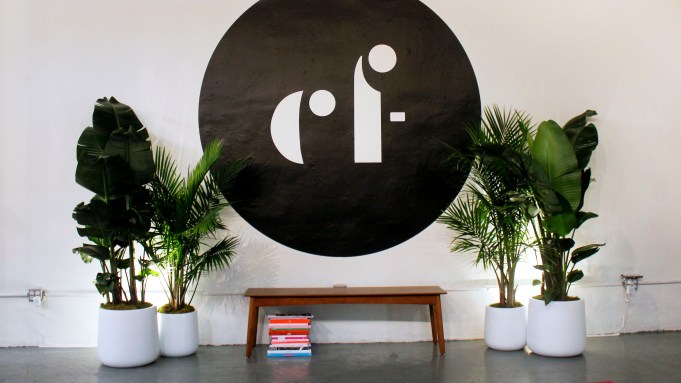 BACK TO SCHOOL: CollegeFashionista is launching its first major endeavor since its acquisition by Clique Media Group with a temporary co-working and community hang-out space.

The online content hub aimed at 18- to 22-year-olds serves up posts on fashion trends and campus news and was acquired by CMG on undisclosed terms in October.

The company on Tuesday opens the doors to what it’s calling the CF Clubhouse, which will be a workplace for the company’s style guru community. These community members are part of a semester-long program that provides them with career guidance and résumé-building tips. Members will have cards that give them and a maximum of two of their friends access into the space.

“This is the first of its kind for our brand, which is so exciting and even more exciting that it’s the first big things we’ve done with CMG,” said Amy Levin, CollegeFashionista founder and creative partnerships director.

CollegeFashionista tapped the NoLIta neighborhood at 168 Bowery for the 1,100-square-foot clubhouse after surveying members to find where in New York they wanted the space to be located. Levin said a number of the members live near the clubhouse and it’s also within walking distance to a number of restaurants.

For the general public, there will be activations throughout the clubhouse’s run through July 14. Sephora’s Sephora Collection will have a heavy presence within the space as presenting sponsor with LensCrafters and American Eagle having also signed on as partners, giving the brands a good amount of face time in front of CollegeFashionista’s followers.

A CMG spokeswoman said the company would assess how the concept fares on Bowery before taking it to any other markets.

CMG cofounder Hillary Kerr told WWD earlier this year the company was focused on how CollegeFashionista could be integrated across platforms and in particular with the social media brand Obsessee, which entered the bricks-and-mortar world last summer for a pop-up at The Grove.

CMG’s portfolio of brands also includes Who What Wear, My Domaine and Byrdie.

For More Fashion Scoops in WWD: