Best known for dressing David Bowie on his Ziggy Stardust tour 40 years ago, the designer staged a show with fashion and entertainment elements in Tokyo Friday. 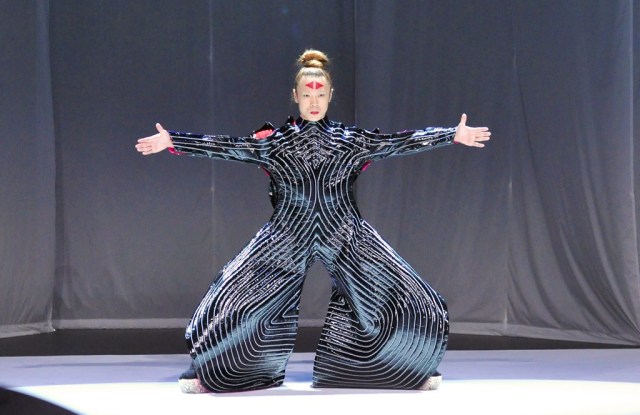 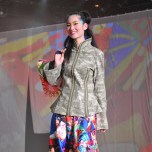 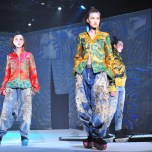 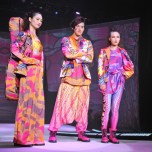 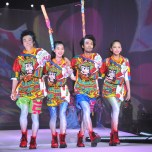 COMEBACK: Kansai Yamamoto, the designer best known for dressing David Bowie on his Ziggy Stardust tour 40 years ago, has decided to return to the world of fashion design. “The first 20 years of my career I spent as a fashion designer, then the next 20 years I focused on entertainment. Now, for the first time, I am combining those two things,” Yamamoto said after a show Friday in Tokyo.

In the early Nineties, after two decades of showing and selling his avant-garde collections in London, Paris and New York, Yamamoto took a hiatus from the fashion world to focus on live entertainment events. His Super Shows, as he called them, combined elements of music, dance, acrobatics, traditional Japanese festivals and other spectacles, and were performed around the world, from Vietnam and India to Russia and Japan. The first such event, in Moscow’s Red Square in 1993, drew a crowd of 120,000.

This story first appeared in the April 2, 2013 issue of WWD. Subscribe Today.

Friday’s event was on a significantly smaller scale, performed at a theater previously used by the Blue Man Group. Still, the elements of fashion and entertainment were both evident, as martial arts performers kicked and lunged across the stage in Yamamoto’s samurai-inspired costumes. There were also dancers, a trumpet player and models in the designer’s latest designs, which included camouflage jackets and harem pants covered in clear sequins, as well as long skirts of intricately embroidered Chinese satin.

Some of Yamamoto’s latest creations will be sold in a pop-up shop at Isetan’s newly remodeled Shinjuku flagship from April 3 through 9. The 69-year-old designer said that from now on, he plans to do more of his elaborate music and performance shows in Europe, Asia and the U.S.