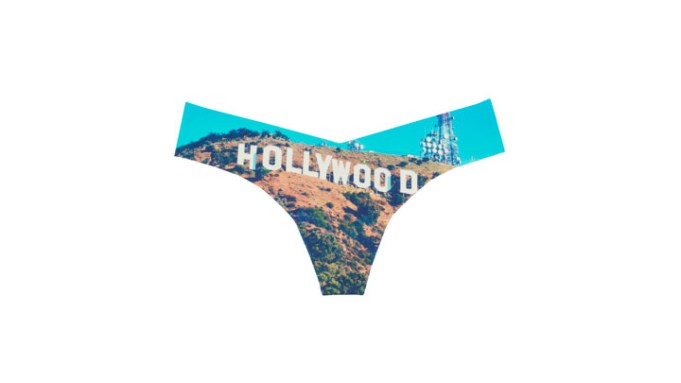 The thongs, which are made from Commando’s signature microfiber fabric, feature photo realistic shots of the Eiffel Tower, the New York City skyline, the Hollywood sign and Big Ben.

“There has been a photo realistic trend in ready-to-wear and I’m a fashion lover. I wanted to bring this new perspective to the Commando customer,” said Commando founder Kerry O’Brien, who added that her brand’s printed thongs sell as much as her nude styles. “I love to be surprised and delighted on the floor and these just pop.”

The underwear, which will be available in April and retail for $22, will be sold on Commando’s e-commerce site and retailers including Nordstrom, Bloomingdale’s and Neiman Marcus.

O’Brien, who is considering expanding the line to include other cities, has also brought the photo realistic prints to other pieces for the spring 2016 collection including matching floral print camis and shorts and an antique lace print chemise.

This launch follows O’Brien’s entry into sleepwear, which she introduced in 2015 when the brand celebrated its 10th year in business last year.