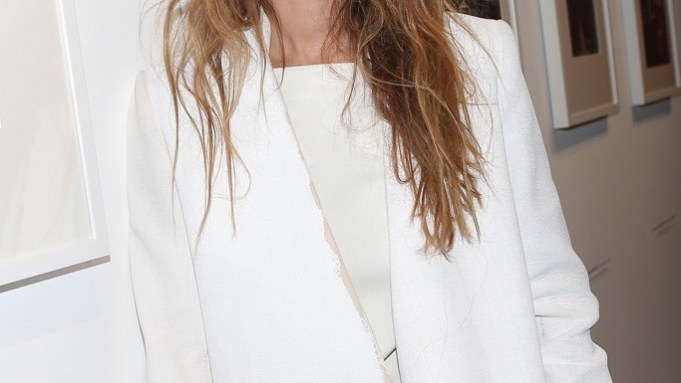 “The exhibit reminds me of a time when fashion magazines were still of good quality; it’s no longer the case,” deplored Bergé.

A dress from Yves Saint Laurent’s Mondrian collection is on display at the show to accompany photographs with a “silhouette” theme.

Olivier Saillard, the director of Palais Galliera, was in good spirits. Earlier in the day, Vogue Paris revealed the creation of a fashion fund to help the museum make acquisitions of contemporary fashion pieces and photos. Saillard is to have carte blanche to choose which pieces will make the collection. “I still won’t keep up with Pierre Bergé,” he noted.

Speaking of collectors, Horsting said he was given a François Berthoud print for his birthday. “That is between illustration and photography,” he said.

“I have a huge picture by Inez [Van Lamsweerde] and Vinoodh [Matadin]. It’s half of the wall at home in Amsterdam,” Snoeren added.

Caroline de Maigret, sporting a Proenza Schouler jacket, said she collects photos documenting rock ’n’ roll in the Seventies. She has some snapshots by French photographer Dominique Tarlé at the Villa Nellcôte, which capture the spirit of the few months the members of the Rolling Stones spent in the house in 1971.

Maigret has a book coming out in September about Parisians published by Knopf Doubleday.