“Stitched in Time” marked the second year that the Chinese yarn-maker, Consinee Group, has held a fashion show in New York City. More than 400 guests attended, including corporate clients of Consinee Group, textile and fashion industry professionals, as well as representatives from the Chinese embassy and the United Nations, among others.

“Here in New York, anything and everything is possible,” said Boris Xue, chairman and chief executive officer of Consinee Group, in his closing remarks to attendees. For knitwear designer Steven Oo, Xue’s sentiment was manifested in the 88 ready-to-wear looks designed for the show, each composed of Consinee Group cashmere yarns, and were draped, fitted, twisted, ribbed and even pleated.

The show was held at Cipriani on Wall Street to celebrate the company’s nearly 20 years of cashmere competency — as the largest exporter of cashmere yarn in China. Consinee Group produces and sells nearly 10,000 tons of high-grade yarns and fabrics a year, with cashmere assuming nearly 20 to 25 percent of the world’s pure cashmere raw material production, according to the company. Clients include Ralph Lauren, Calvin Klein, Burberry, Hugo Boss, Max Mara, Chanel, Theory, Michael Kors and Hermès, among other global fashion brands. 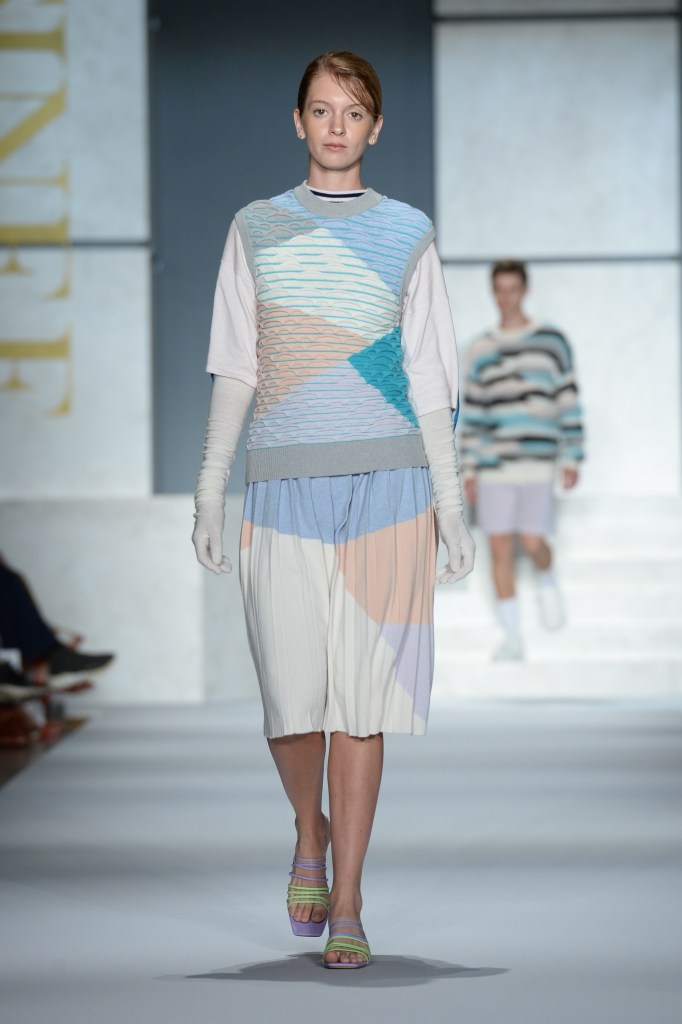 “This year we are focused on sustainability. ‘Natural’ and ‘green’ are our keywords as we seek to organically interweave cashmere and fashion,” said Oo.

Consinee Group advocates for sustainable development through green manufacturing initiatives — pertaining to dyeing (specifically for its high-end wool products), heat recovery and industrial water reuse. The company is also vocal in its efforts to protect animal welfare. All efforts combine to reveal Consinee’s “devotion and determination” in continually pursuing excellence, as capsuled in the show. 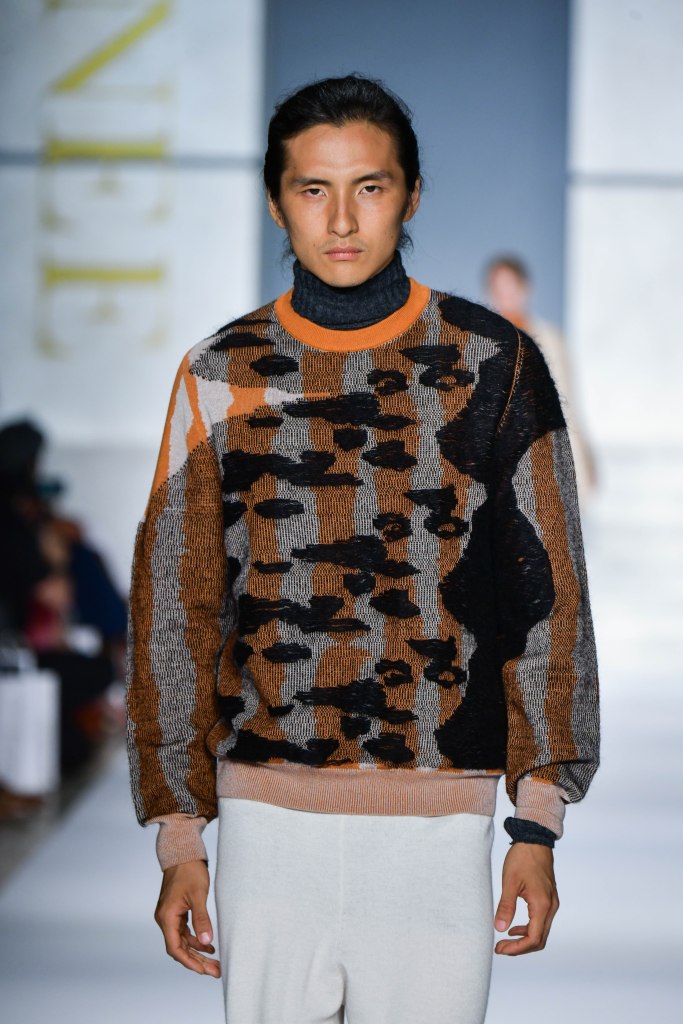 As the first Chinese textile company to introduce a recycled production line from Italy, the company is able to “make full use of the wastage from the spinning and production process and the unsold products in the market,” said Sherry Xue, a project manager for this year’s Consinee fashion show in New York.

The show began with a palette of playful pastels, transitioning to monochromatic neutral looks — sleeves, gloves and legwear helped complete sweater looks from “head to toe,” in the words of head designer, Oo, while demonstrating the ease of drape in the cashmere yarns. The latest knitting techniques and technology were employed for a three-part show series of “youth,” “womanhood” and “sophistication and luxurious dressing,” to show how the muse of the show has “aged like fine wine.” 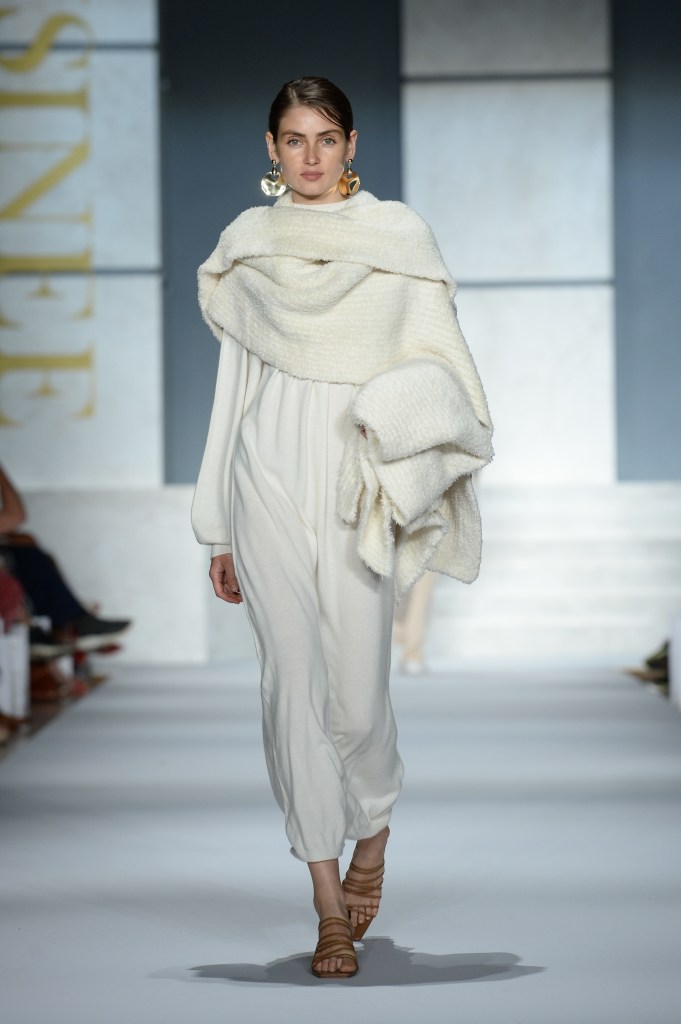 A sophisticated look for the third series in the “Stitched In Time” fashion show.  Courtesy Image

And the cocoon knits would, for a moment, help dispel the thought of the humidity and 80-plus-degree-heat looming outside the show venue.

Using yarns from Consinee Group’s brands, ICCI, Topline and Consinee, the show demonstrated cashmere’s market relevance and variety. “Cashmere demands craftsmanship and good design when it is employed in fashion creations, and with the increased supply and lowered prices, the market thirst for it has intensified,” said a general manager for Consinee Group in a statement.

“Stitched in Time” paid tribute to Consinee Group’s progress over the years from a small Chinese spinner to a world-class yarn manufacturer. The group awaits the July 2020 show in New York City, likely building off sustainability themes and technological advancements.