The summer edition highlighted its position as a hub and gateway into the Scandinavian fashion sphere, while designers flocked to celebrate brand landmarks. 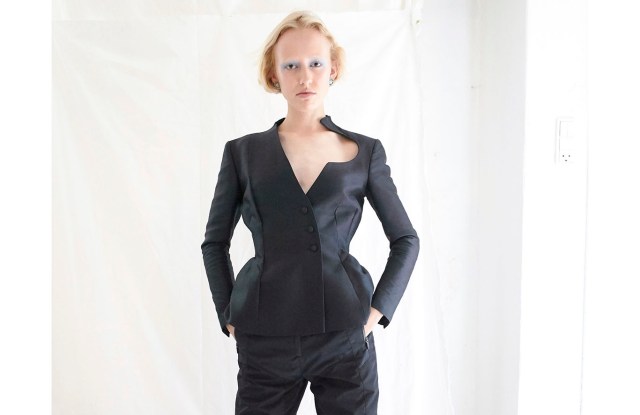 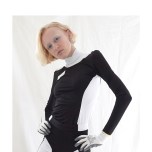 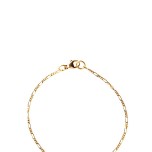 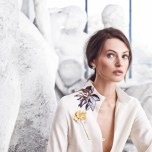 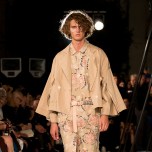 COPENHAGEN — Bigger, better and stronger-than-ever was the take-away from Copenhagen Fashion Week, which concluded Aug. 12.

An air of optimism floated on the city, thanks to clement weather but also to the positive figures published by the Dansk Fashion & Textile trade association. Despite a continued post-Brexit slump and lackluster performance of the Scandinavian region, the domestic market experienced 12.3 percent growth in the first quarter of the year, while exports, notably to Germany, Italy and Belgium, were flirting with double digits.

“The indicators in the Danish industry are on an upward swing. One example is that buyers are ordering more styles in larger quantities,” said Copenhagen Fashion Week chief executive officer Camilla Frank for whom this positive outlook was the perfect mind-set to kick off profound change for the organization.

To strengthen the Danish capital’s signature, a meatier five-day schedule was streamlined and enriched to include graduate shows, showrooms and the fashion prize organized by heavyweight department store Magasin du Nord; the notion of off-schedule was made redundant, with presentations and other fashion events scheduled in equal footing with runway shows through a new vetting process; talks and round-tables opened to the public, and also host brands hailing from other Scandinavian countries such as Norway’s Holzweiler.

“It’s very important for us as a fashion week that the strongest Danish and Scandinavian brands use Copenhagen as their platform,” said Frank. Conversations are ongoing with Stockholm Fashion Week and the one-day Oslo Runway, to achieve an “even stronger Scandinavian experience,” as well as ideas to link up with the Copenhagen Fashion Summit. “It’s still early days, as we want to make sure that when this program happens, it is strong, useful and a conversation that involves the whole fashion business,” she added.

Beyond the bevvy of stylish events around the Danish capital, business was brisk at the Copenhagen International Fashion Fair (CIFF) and Revolver trade shows, and specialized showrooms, highlighting the city’s position as a source of talent but also as a commercial gateway to the Nordic regions.

Cofounder Charlotte Møbjerg Ansel-Henry noted a heavier presence of German and Russian buyers at the one-day event in addition to regular visitors from international department stores and e-tailers such as Browns, Net-a-porter or Bergdorf Goodman.

The Jewellery Room’s first London edition, to take place during September’s London Fashion Week, will feature eight brands from the Scandinavian region alongside a selection from the U.K., Israel, Germany and Hong Kong.

Just shy of 300 brands shared Revolver’s 5,000 square meters at the center of the city’s up-and-coming meatpacking district. Provisional sales were up 30 percent, said its spokesperson. Ready-to-wear label Samøe & Samøe was given pride of place at the show’s entrance. Launched in 2000, the brand counts Galeries Lafayette, Yoox, Harvey Nichols among the retailers attracted to its elegant and uncomplicated wares. For spring 2018, those included belted blazers, floor grazing silk slips designed to be worn over long-sleeved ribbed tees, fluid trousers and shorts as well as the de rigueur message hoodies in cheery colors.

At CIFF, the biggest fashion trade show of the Nordic regions, around 1,500 brands from around the world were exhibiting while a separate space hosted brands like Halo and Han Kjøbenhavn. Japanese lifestyle retailer Beams presented the first edition of its Beams Japan curation focused on craftsmanship-heavy talents from its homeland within the frame of the “Raven” subset of CIFF, dedicated to emerging and high-visibility creative talent.

“The month of August kicks off the school year in Nordic countries and there is a regional dynamic at play,” says Sylvie Pourrat, director of the Paris-based trade show Première Classe, noting that many brands would continue their sales through October. “The presence of premium brands [like McQ Alexander McQueen and Vivienne Westwood] shows that business is going well.”

Samøe & Samøe’s creative director Mia Kappelgaard noted that although fashion buyers were not always physically present in town, Copenhagen was a time to foster contacts with an eye towards confirming relationships later in the month.

Beyond the trade shows, the schedule was bolstered by newcomers such as London-trained LVMH Prize finalist Cecilie Bahnsen as well as a number of Danish brands with international reach returning to Copenhagen this season such as By Marlene Birger, Designer’s Remix and street-style favorite Ganni, who also hosted a fruity pop-up store selling the brand’s popular fruit printed Ts as well as ceramics by Philadelphia-based plastician Jessica Hans.

One bold-faced name to return was Stine Goya, who held her 10th anniversary show at the Faurschou Foundation, a privately owned art gallery located in the city’s North Harbour neighborhood and which has hosted exhibitions for artists like Ai Weiwei and Louise Bourgeois. As guests congregated in a large room with translucent panes in shades of pink and coral, Goya’s models appeared in floral mididresses, lush knits, tailored suits printed in whimsical designs or sparkly floor-length gowns — a number of shapes were drawn from the designer’s archives — activating the room’s oddities such as a colorful lighted cloud.

Beyond the winds of change sweeping through Copenhagen Fashion Week as a platform, the season’s upbeat mood was also down to individual brand histories. “What is special this season is that so many Danish brands are celebrating 10 or 15-year milestones,” said designer Freya Dalsjø, who marked her 10th collection.

A decade has passed since jewelry designer Sophie Bille Brahe released her now-signature “Croissant de Lune” graduated crescent earring design, stocked by retailers such as Dover Street Market, but her brand is still in full bloom, expanding in both the affordable and fine jewelry price brackets. “Flowers often mark new beginnings,” she said, introducing her new fine designs inspired by “Out of Africa” author Karen Blixen, who was also well-known for her floral arrangements.

Although she will hold buyers appointments during Paris Fashion Week, Bille Brahe took over Atelier September, a popular eatery helmed by her brother Frederik, which she turned into a pop-up flower and jewelry store where visitors could snap up anything from the “Croissant de Lune” tennis bracelet and its graduating cascade of diamonds (retailing for 36,000 euros), to bouquets of flowers by stylist Emelie Johansson (from 25 Danish krone, or $4, a bloom).

Scandinavian hype may have crested a season or two ago, but its lifestyle and values remained a stable attraction, particularly for Copenhagen, where pure and functional designs are blended with a dash of color or innovation, whether in its gripping fiction or its gastronomic luminaries of Noma fame. “Danes are the Italians of Scandinavia,” quipped Kappelgaard.

“Copenhagen is a place where the separation between creative fields is more porous, so even when I’m working on a performance or a book project, I feel that [my work] is always related to fashion” says designer Anne-Sofie Madsen, who shows on Paris’ women’s wear schedule.

The “Meet the Danes” showroom hinted at how deep this duality between innovation and reason reaches, spanning further afield into interiors, food, high-end consumer electronics and even skin care, with organic beauty brand Rudolf Care.

“I think Danish people are becoming more daring in their way of dressing — especially over the last years, breaking rules, embracing color. I like that, as you can imagine,” wrote Goya in an e-mail after her show. “If it’s not quite a ‘new wave’ today, I hope it will be in the near future.”

That grounded daring was also simmering under the surface at the Designers’ Nest competition, where Elnaz Gargari from Oslo’s National Academy of Arts snapped up the top prize for “a collection of borderless fashion beyond gender and geography [where the designer] intersects two systems’ soft domination without idolizing or exoticisizing one or the other,” said the jury in a statement read by its spokesperson, fashion curator Ane Lynge-Jorlén.

“What Danish designers are very successful in is creating clothes that work on a catwalk as they do in the real life. It’s their strongest force,” CFW’s Frank said, an opinion shared by Pourrat. “What is most attractive is how affirmed and balanced [local] designers are in their expression,” said the French tradeshow director.