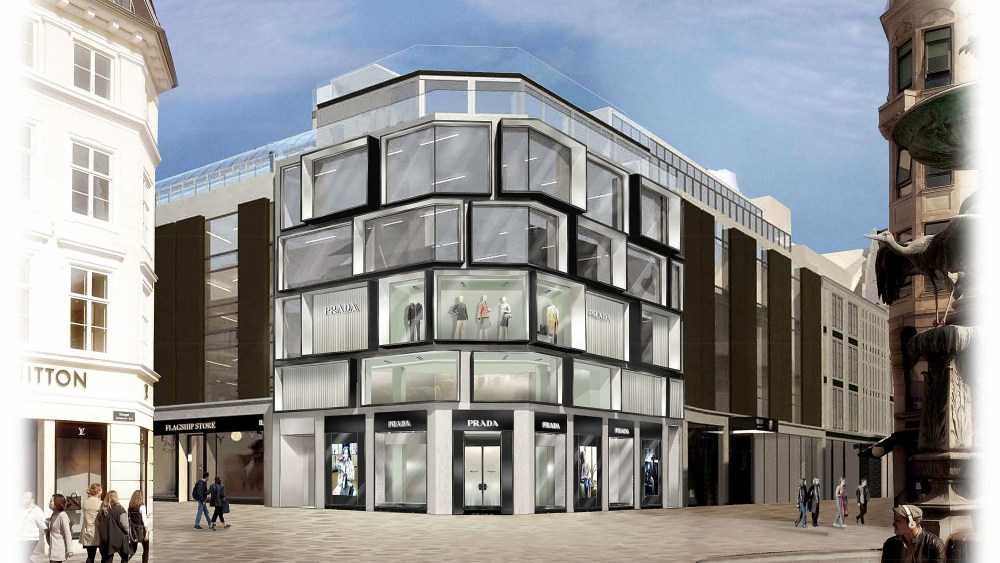 It will be a busy fall for Illum.

The Copenhagen department store revealed Tuesday the opening of a new Prada flagship, a Bucherer space and an Eataly floor before the end of the year.  The openings are part of the major transformation that the store has undergone since 2014, following its acquisition by Italy’s La Rinascente.

The Prada flagship, which is slated to open in November, will be on three floors, with entrances on both the street side and the interior of Illum. It will be the first Prada store in Denmark.

“The entire Copenhagen has been holding its breath for the reveal of the plans [for the space],” Jeanette Aaen, Illum’s managing director, told WWD. “It’s a fantastic location, vis-à-vis the Louis Vuitton store and on the major square of Copenhagen, Amagertorv, which is the center of all the shopping environment here. We’re extremely happy that Prada will be the new tenant.”

While the ground floor will be dedicated to accessories, the first and second floors will stock the Italian house’s men’s and women’s fashions, respectively.

Also in November, Bucherer is to open a 7,535-square-foot space, which will be located on Illum’s ground floor, next to the accessories department. It will include luxury watches and jewelry, with such brands as its premium Swiss watch brand Carl F. Bucherer, as well as Tag Heuer, Omega, Chopard, Pomellato, plus local jewelers Georg Jensen and Ole Lynggaard. In addition, there will be shops-in-shop for Rolex and Cartier.

“It’s a major shift, as we didn’t have a luxury watches and jewelry department. That’s why it was important to team up with a specialist who has knowledge for dealing with all these exclusive brands,” said Aaen, referring to the Swiss company, which is a watch and jewelry retailer as well as a manufacturer.

“We have invested more than $70 million into rebuilding, renovating and creating a luxury environment for the brands, and, on top of that, the brands invested a lot of money into the project,” said Aaen. “It was part of the acquisition strategy of La Rinascente and Central Retail Corp. [the Thailand-based group that took control of the Italian department store chain in May 2011] to create a fashion temple and to introduce all these luxury brands in the Nordic market because a lot of them didn’t have a presence,” the executive continued, noting that the store caters to a lot of tourists from other Nordic countries.

A remodeling of the store’s beauty space is in the pipeline for early next year.

The transformation has been happening in steps. As reported, Illum also created a food atrium on its top floor, called Illum Rooftop, which includes seven restaurants, a coffee shop and a terrace overlooking Christiansborg Palace and central Copenhagen. Bar Jacobsen, a modern beer bistro that opened this past week is the latest restaurant to open on the roof.

There’s more to come: Eataly is to open its first shop in Denmark this fall, on the store’s lower ground floor, in the former space of the Irma supermarket. The 21,528-square-foot space will boast five restaurants and a grocery shop. In addition to the selection of Italian food and drinks, Eataly will offer a selection of local Danish delicacies.

“Eataly is just opening two stores this year: a second location in Manhattan and a store at Illum,” the executive said, predicting that the investment that was put into Illum Rooftop and Eataly will significantly increase footfall. “We have a lot of connoisseurs and foodies in Copenhagen,” she said, noting that the city counts no less than 16 Michelin-starred restaurants.