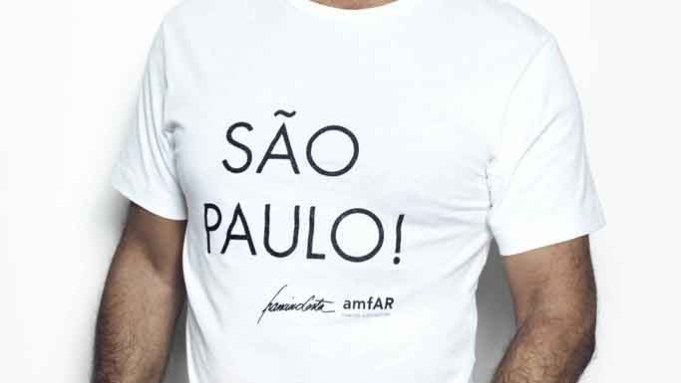 COSTA’S T CAMPAIGN: Calvin Klein Collection’s Francisco Costa, who hails from Brazil, put his weight behind an important cause there — he designed the exclusive black-and-white T-shirt for amfAR’s São Paulo awareness campaign, which also features photos of the designer and other Brazilian celebrities like Adriana Lima and Gilberto Gil wearing the T.

The campaign supports the organization’s efforts on behalf of AIDS research, and also serves to promote the third amfAR Inspiration Gala taking place at entrepreneur Dinho Diniz’s home in São Paulo on Friday. The night will honor Fergie and Brazilian soccer legend Pelé with the amfAR Award of Inspiration. While Costa, who won the award in 2011, won’t be attending, the night is expected to attract the likes of Sharon Stone, Kate Moss and Seu Jorge, with a burlesque performance by Dita Von Teese planned.