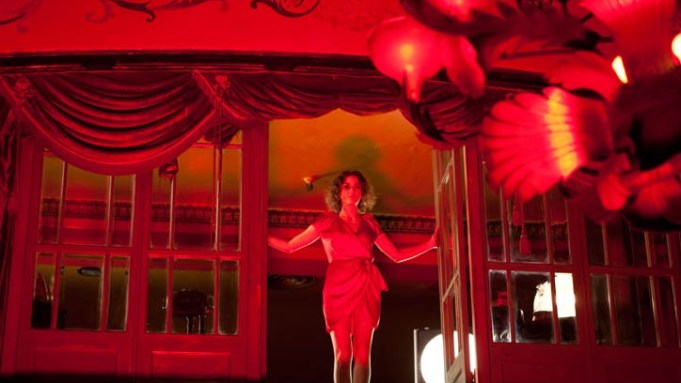 EYES OF MARS: Christian Dior, which shows on Friday, will on the same day unveil the latest episode in its online Lady Dior handbag saga starring Marion Cotillard. It’s a music video by Jonas Akerlund, who has done work for Madonna, U2, The Rolling Stones and that other Lady — Gaga. In it, Cotillard sings “Eyes of Mars,” written by Franz Ferdinand.

NONPARTISAN: Donald Trump plays it fair when it comes to the jewelry-designing women in his life. At daughter Ivanka Trump’s cocktail party to celebrate her latest jewelry collection on Monday night, the real estate magnate and reality TV personality showed his support. “My daughter has always had this immense design talent,” he marveled. But now that his wife, Melania Trump, is designing a line of costume jewelry for QVC, does he have any favorites? “They’re noncompetitive,” Trump was sure to convey. “Both of them are equally talented, but the [lines] are completely different.”

The fete, which was held in the 6,000-square-foot penthouse of Trump Park Avenue — reportedly on the market for more than $30 million — was attended by the likes of Wendi Murdoch, Gilles Mendel, Patricia Field and Little Boots, the British pop singer who flew in from London to perform songs from her new album. At the party Ivanka Trump also revealed her involvement in the United Nations Foundation’s Girl Up Campaign, a new initiative to improve the lives of adolescent girls in developing countries.

FABERGE HITS THE SLOPES: Fabergé is making a brief appearance in the Swiss town of Gstaad later this week. The storied jewelry house will open a pop-up boutique in the Gstaad Palace hotel on Friday, which will remain open through Sunday. The boutique will house a large number of the one-off pieces from Fabergé’s Les Fabuleuses high jewelry collections, such as the Vagabonde ring, a cocktail ring set with an organic-looking cluster of spinels, rubies and white diamonds. The Gstaad boutique has been designed to echo the “opulence and modernity” of Fabergé’s Geneva store — which was designed by Jaime Hayon and opened in December — and has been done out in muted tones, with gray silk drapes on the walls and chairs covered in lilac silk. Fabergé, which began as a Russian jeweler in 1885, relaunched in September after the house was acquired by Pallinghurst Resources in 2007.

AIN’T SHE SUITE?: Diane von Furstenberg will be putting a very personal stamp on one of her favorite hotels this summer, designing about 20 rooms and suites for Claridge’s in London. The project marks von Furstenberg’s first foray into interior design, and the rooms will also feature original pieces of furniture. “To me, Claridge’s is the most glamorous hotel in the world; I regard it as my home away from home,” said von Furstenberg, who started staying there in the Seventies. A Claridge’s spokeswoman said the collaboration happened organically. “We weren’t actively looking for a collaboration, but Diane has a very close relationship with the hotel, and she’s come up with so many ideas,” she said. This is the hotel’s first collaboration with a fashion designer. In the past, Claridge’s has worked with the cabinetmaker David Linley, who designed 20 suites for the hotel. Von Furstenberg’s rooms are set to be unveiled at the end of June.